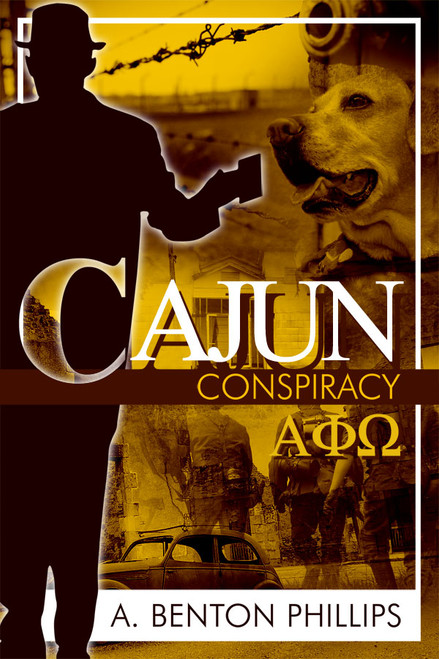 Cajun Conspiracy
by A. Benton Phillips

This book describes life in the Cajun town of Thibodaux, Louisiana, during and shortly after WWII.

A Cajun grandfather who can do magic tricks, tell tall tales, and can supposedly talk to animals has his grandchildren and their friends in the neighborhood beguiled. He is insulating the kids from the tragedy of war and instilling a sense of pride in being a Cajun. He also has half the town backing up his lies and the other half trying to get mentioned in his hilarious stories.

A. Benton Phillips is well over seventy years old and is retired military with over twenty years of service. He has served in the Navy aboard submarines and on active duty with the National Guard in the artillery.

He is a graduate of Delgado Community College and Loyola University of New Orleans. He is a member of Alpha Phi Omega national service fraternity.

Serving as a member of the Military Family Support group during the Gulf War, he says, I learned firsthand the financial plight of those families losing their loved ones. It should never be that way for those who have given up so much.

The royalties from this book go to The Freedom Alliance Scholarship Foundation.

Call Me Cinderella: The Story of My Life with Incest and Violence

Can You Suppose -- Dogs in Clothes?