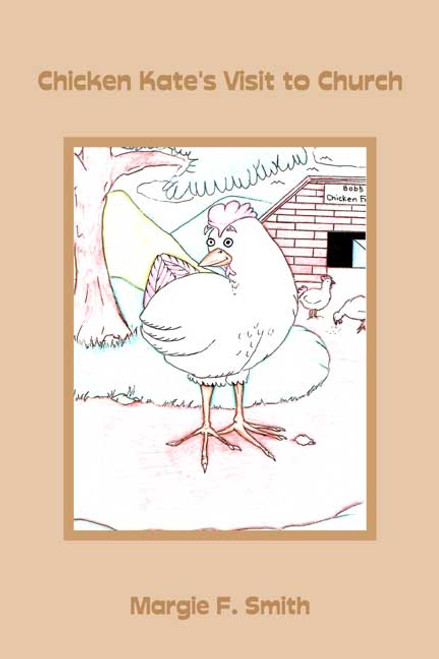 by Margie F. Smith Chicken Kate is certainly an unusual bird. She is able to communicate with the other animals, crossing animal communication lines and being able to be understood by the others. Unlike the other animals, Chicken Kate monitors the behavior of people on whose farm they live. She uses the information she gathers to help herself and her other animal friends. ABOUT THE AUTHOR Margie F. Smith has written various poems, songs, plays, and childrens stories/books since she first began to write. She struggled with the decision to submit her writings for publication for many years before she came to the decision that it was time, which was encouraged by her pastor, family, and numerous friends. As it is with many new authors, the right publisher and ample funds became the new issue. Chicken Kates Visit to Church, which was originally written in February of 1988 as a way for her son to learn the sequence of stories, became one of the first submitted for publication. Mrs. Smith lives in Atlanta, Georgia, with her family, where she still writes by request and for inspiration for others. She continues to believe the Lord is the Author of her writings and she is the co-author. Mrs. Smith holds firmly to her belief that He is the giver of her words and He promised to give her enough words for a lifetime. (2006, paperback, 40 pages) Availability: Usually ships in 2-3 business days.
×

A Visit to Louise