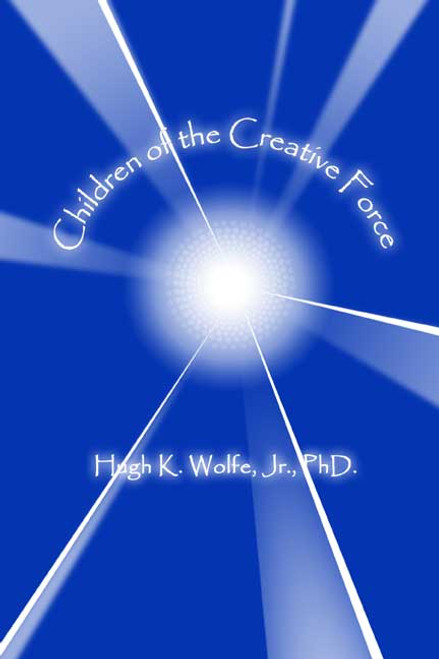 by Hugh K. Wolfe, Jr., Ph.D. Children of the Creative Force, by Hugh K. Wolfe, Jr., Ph.D., is an ambitious and thought-provoking endeavor that provides the reader with the authors perspectives and views pertaining to the most vexing questions of mankinds history. In vivid detail, the author seeks to closely examine the Christian-based theories regarding the genesis of mans existence, our purpose, and out ultimate destiny. Blending ancient archaeological finds with the teachings of scripture, Dr. Wolfe staunchly believes the solutions lie within. Providing the reader with a brief history of Modern Science with particular attention afforded to Bells theorem, the author attempts to bring the less enlightened or educated reader into a more comprehensive realm of understanding as to be able to fully grasp the ensuing findings. As the work unfolds, a most compelling avenue is pursued as the author introduces and deftly explains the Super String Theory in a fashion likely to incite debate. Drawing from the conclusions of most respected and famous scientific minds such as Einstein and Darwin, the author demonstrates an ability to compare and contrast among their epic search. ABOUT THE AUTHOR Hugh K. Wolfe, Jr. was born on April 15, 1942, in a very small town called Murphy in Cherokee County, North Carolina. He was the fifth of six children, the son of a schoolteacher. He attended Clinch Valley College from 1961 to 1963, making the Deans List before going on to the University of Virginia from 1963 to 1966. He graduated with a bachelors degree in electrical engineering, making the Deans List of distinguished students in his final year. Upon graduation, he went to work for the U.S. Naval Weapons Laboratory in Dahlgren, Virginia. After three years, he took leave without pay to attend graduate school at the University of Tennessee in Knoxville, Tennessee. He was married in December of 1969 and completed all work for the masters degree in electrical engineering in one year. He returned to work for the Naval Weapons Lab, where he worked for one more year and then was granted fulltime graduate study for two successive years at the University of Tennessee in Knoxville, Tennessee. He completed all of the necessary work for the degree of doctor of philosophy in electrical engineering in December of 1973. He experienced a painful separation and divorce in 1978, which started him on a spiritual path through the study of the Edgar Cayce readings and other materials. He took early retirement from the U.S. Government in August of 1994 to do research for the book. He presently does engineering consulting work for a small government contractor in Huntsville, Alabama. (2007, paperback, 134 pages) Availability: Usually ships in 2-3 business days.
×