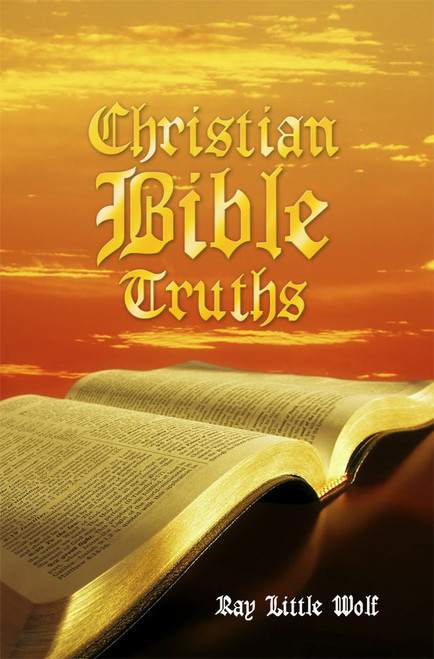 This book is completely based on the words written in the pages of the Holy Bible. It is based on the idea that by following the advice given in the Bible humans may be eligible for a new life on a new earth under the direction of a new leader that is incorruptible, living and faithful to those that have gained his honor.

This book teaches that mankind was created perfect until the fallen angel, Lucifer, tried to overtake the rule of, not only the earth, but the universe as well. In all things there is a right way, as opposed to the wrong way, and we humans must find out which way we want to go as we all have the right to think what we want and how we want to live. Learning the right way leads to everlasting life in a new world while living the other way leads to ones complete destruction.

Christian Bible Truths is an educational study of the scriptures to help righteous persons to know the truths continued in the pages of the Holy Bible. It is designed to be a learning tool and guide to the requirements needed to acquire a good standing before and in the eyes of Almighty God. The main purpose of Christian Bible Truths is to point out the myths and fallacies that are the cause of so many diverse divisions, sects and denominations.

Ray Little Wolf is a retired minister of over 55 years. He has a 73 year background of Bible studying and has studied many different versions and translations of the Scriptures and as many various religious denominations. He is not a Reverend, but is an ordained minister of the Good News of Gods Kingdom. Ray was born in southern California. He is of English, German, and Tuscarora descent. He was a Pharmacists Mate, acting chief, in the U.S. Navy during World War II and was assigned to naval hospitals in such places as Trinidad, Antigua, Puerto Rico and Balboa in the Panama Canal Zone.

After returning home, Ray was authorized by the California Highway Patrol as a driver/trainer for school and charter bus personnel along with being an instructor for the National Safety Council. He was in transportation as a trainer/dispatcher for more than 17 years.