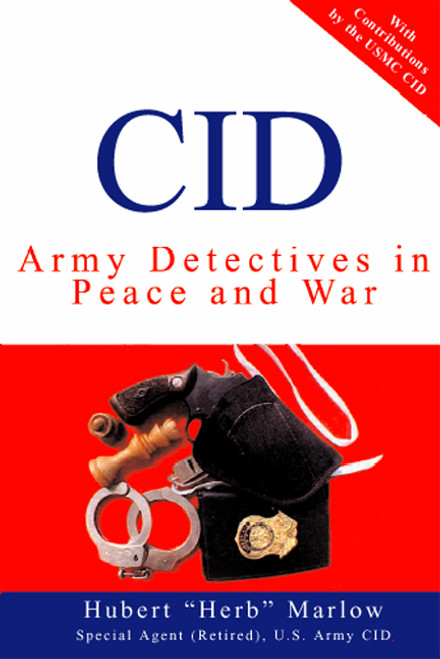 by Hubert Marlow CID: Army Detectives in Peace and War focuses on criminal investigations, both funny and serious, conducted by the author and his fellow special agents. The cases range from thefts to murder, including the murders of two special agents in Vietnam, one of whom was a member of the authors CID detachment. The book contains cases from WWII through Vietnam. ABOUT THE AUTHOR Hubert Marlow, raised in Germany during WWII, immigrated to Elmhurst, Illinois, at age fifteen. He joined the U.S. Army in April 1956 and spent the first five years in the military police. He became a special agent of the U.S. Army Criminal Investigation Division (CID), serving almost fourteen years and retiring in April 1976. He worked as an investigator for Munford Inc. for one year and graduated from Munford Institute of Polygraphy. Hubert then became a special agent of the U.S. governments Defense Investigation Service, serving twenty and one-half years and retiring for good in January 1998. (2004, paperback, 340 pages) Availability: Usually ships in 2-3 business days.
×

The World of Jack DennisonÂDetective