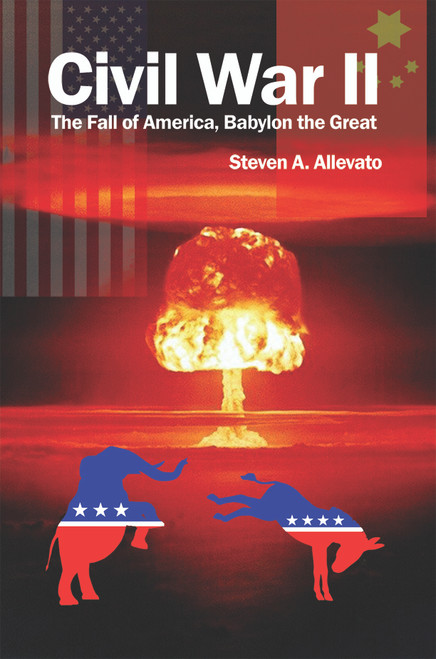 By: Steven A. Allevato

The year is 2032. Political tensions have reached a boiling point with an assault rifle ban in California after a mass shooting. Radical left Protesters attack a rally for Republican Candidate Marcus Shepherd; right wing militias are formed in defense of the 2nd Amendment. A left wing group storms a Republican office and setting fire. The threat of civil war looms as a right wing militia group storms a CNN office and makes demands on live TV. At the first televised Presidential debate, insults are traded between Emmanuel Santos the Democrat nominee and Marcus Shepherd the Republican nominee. The debate turns into a fist fight on live national TV in view of millions of Americans. When election day arrives it comes down to Florida, Florida once again has trouble counting the votes and cannot declare a winner. After a recount, the election is stolen from Marcus Shepherd in his view and he declares himself President and declares martial law. The Army and Marines join Shepherd and Civil War II erupts. Emmanuel Santos flees to Hawaii with the support of the Navy and the Air Force. Governors of Red and Blue states call up the National Guard and all out civil war breaks out. China and Russia have a top-secret plan called, “Project Babylon.” The top secret plan employs the leader of North Korea to strike the USA with Thermo Nuclear ICBMS and a EMP attack along with a devastating cyber attack. Santos believes the warning of a missile strike may be a false alarm and is vaporized at Pearl Harbor. Shepherd is not in control of the Air Force and is also vaporized before he can get to safety. Project Babylon insures that China and Russia will survive a US counterstrike which can only retaliate to the aggressor North Korea. The USA as we know it is vaporized. The story introduces us to a few survivors of the attack Pat Jacobs, the Chandler family, Nate Wilson and Blake Davis. A One World Government is formed and the World President is introduced setting the stage for the appearance of the lawless one.