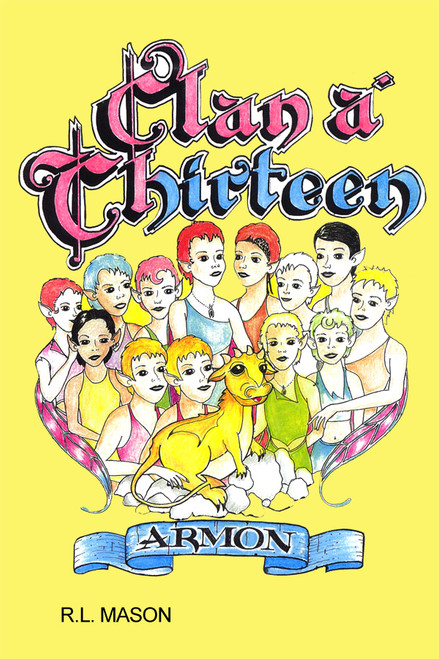 After the great dragon war on the other side of time, the clans were in disagreement over the idea of clans moving to other parts of the territory of Mindamare. Almost all of the clansmen had died helping the light dragons from falling prey to the evil ways of the dark dragons. Even though the light dragons prevailed, the clans suffered great losses. Before the clans parted off in their own directions, twelve enchanted girls from the clans and the Lady Leaddrains only daughter, Halinna, were to become the thirteen sisters of Armon, healers of the light dragons and keepers of the Gate of Time. They will remember only the talents of their clans. Only upon returning to the Temple of Mindamar will they retrieve their pasts.

Author R.L. Mason was born in 1950 in southern California. Now he is living in a small community called Dog Canyon in New Mexico. At the age of seven, while on a Sunday outing, he had seen a man painting a billboard alongside the highway and said to his dad, Thats what I want to be when I grow up: a sign painter. R.L.s young years were spent drawing and goofing off. In 1968, he entered the Air Force, where he was injured and transferred to the sign shop and learned his trade for four years. R.L. then spent his life painting signs and billboards until the age of fifty-five. Because of health reasons, his life slowed down, and during this period, the tale Clan a Thirteen started when his daughter asked him to draw a picture of a fairy. While drawing the picture for Cathleen, he realized a tale coming to mind. Years later, the thirteen sisters of Armon came into light.

Secrets of the Thirteen Diaries