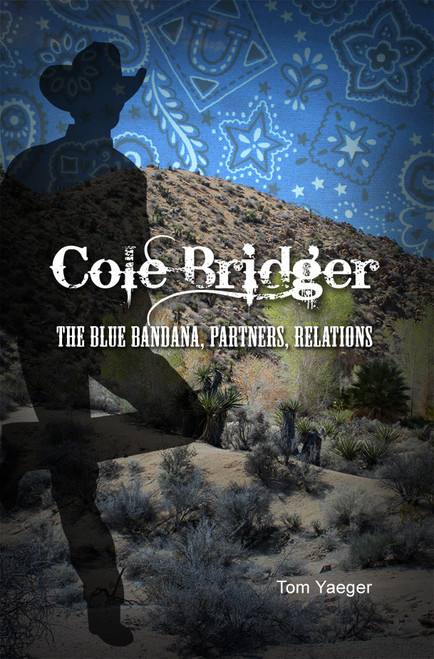 This is the first book in a trilogy.

Cole Bridger is a fictional grandson of the famous scout and frontiersman, Jim Bridger and Old Gabes first wife. Jay Bridger is a grandson from the older mans second marriage. Jim Bridger was married three times to Indian women of different tribes. Much of his life story, the author suspects, is a bit embellished. He moved his third wife and family to Missouri around 1843 then returned West, blazing part of the Bozeman Trail. Jim Bridger died in 1881.

The elderly woman chuckled at Tom Yaegers question. Tom, she said, from what my grandmother has told me, the only virtuous women back then were sixty years old and had twelve kids! Any female, fifteen and up, considered any man, married or not, fair game and if she was attracted to a particular man, she went after him!

Yaeger had been looking for a place to sit in the fast food place in Sheridan, Wyoming. The older couple sitting in a booth motioned for him to join them.

The gentleman put his arm around the lady, laughed, and added Clara and I were still in our teens it was our second date she had me in bed before Id figured out a way to get her there!

Thirty years of vacations and any other down times found Yaeger roaming the West, mostly Montana and Wyoming, and questioning older generations about what the Real West was like after the Civil War and into the late 1800s. Far from the glossy versions weve come to believe, few towns had a marshal or sheriff, or even a town constable! It was wilder than we could have imagined and it wasnt just the men!