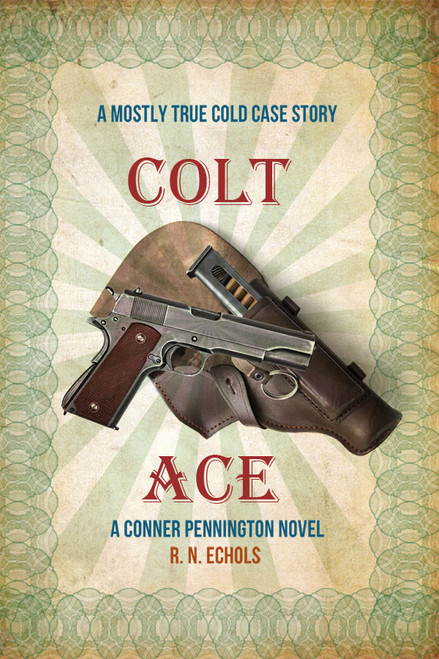 Private Investigator Conner Pennington investigates the circumstances of an apparent suicide that is now almost fifty years old. Questions have been raised over the past five decades that brings doubt to the validity – and even the competence or possible cover-up, of the original investigation.

Retiring from government service, Conner has followed his childhood dream of becoming a private investigator and has been sought out by a high school classmate to look into the mysterious circumstances surrounding the death of his younger brother, Jimmy Ray. His death in 1965 had been determined by the investigating trooper to be the result of a self-inflicted gunshot wound.

Conner’s past experiences have honed his dogged determination to arrive at the truth and ferret out those seeking to avoid the truth. His investigation stirs the ghosts and suspicions harbored in a small Midwestern town and many of its citizens would prefer this case be left in the past.

Conner is not deterred from his investigation by those wanting to wish away long hidden circumstances surrounding the death of a troubled young man. The pursuit of truth reaches across the United States and into the lives of those that may have been involved in the untimely death of Jimmy Ray. Haunted memories are revived when the investigation delves into passions, jealousies, and unwarranted assumptions.

Follow the evidence as Conner unravels the threads of dark secrets and resurrects from the grave the revealing circumstances of a cold case. In spite of widespread attempts to bury the truth under the dust and memories of past intimate relationships, the truth will be brought to light.

R. N. Echols served in the Marine Corps as a commanding officer and in Vietnam as a tank company commander. Temporary additional duties as an investigator gave him a taste for finding the truth. Following his honorable discharge from the Marines, Echols then served twenty-three years in the Missouri Department of Public Safety. His last nine years were in the position of a deputy director.

Echols holds degrees in art, psychology, and criminal justice administration with a master’s degree in public administration from the University of Missouri. His retirement from public service brought the next chapter in his life to fruition. As a private investigator, his focus is directed to the solving of cold cases.

Echols’ Marine awards and medals include expert qualifications with the rifle and .45 caliber pistol. He is an avid gun enthusiast, currently living in the gun friendly state of Texas.

A Place in Time: The Amber Necklace

Come Fly with Me 1

Come Fly with Me