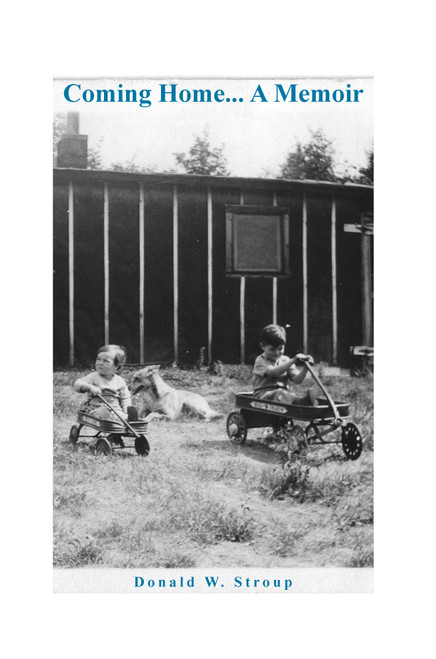 About the Book and Author

Following Donald W. Stroup’s productive and stimulating life, his golden years offered opportunity to ‘come home’ to the simpler comforting days of his childhood – if only in memory. For this former English teacher, the savoring was harvested in writings of those periods in Michigan’s north woods where his father and mother had homesteaded in the early days of the Depression.

Stroup’s adult life included teaching, being a pastor, doing historical characterizations, advocating for persons with disabilities, climbing thirty-four of the 14,000+ foot mountains in Colorado and directing camp nature programs. Much of his early experiences equipped him for these later endeavors.

Early memories include being snowbound for months when his dad would use his homemade skis for the four mile trek into town for supplies; the marvelous trip by car on his mother’s lap in March following the V snowplow into town; his case of whooping cough being dealt with by home remedies in his family’s shanty with no electricity and his being ‘struck with electricity’ while in his high chair.

Recreation was ample yet simple during long winters with plenty of ice for skating, and in teen years experimental driving on icy roads. Hayrides and Halloween parties provided amusement in the fall, and summers were opportunities for exploring on long bike treks and hikes through the woods.

For a period, the reader of this memoir may experience a certain calming of a restless mind and spirit while reminiscing with Stroup and his colorful yet easygoing childhood.