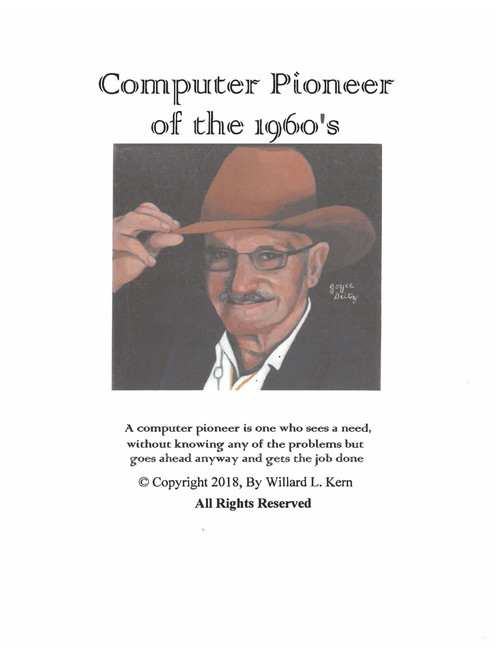 About the Book and Author

He was the first to develop software using algorithms in programs. To do this he had to learn how to get sleep anywhere, anytime.

The CEO and Sexual predators.

His companies software sold for as much as $900,000 per company die to it’s great improvement in manufacturing productivity.

Kern, although not a college graduate, self educated, was awarded four awards, including the coveted annual Gold Award, from the IIE (Institute of Industrial Engineers), an Engineering Society.

He developed the first on-line medical systems in the 1960’s and the first computer analyzed, multi-variant system, to measure labor.

Kukun the Kangaroo Gets a New Computer