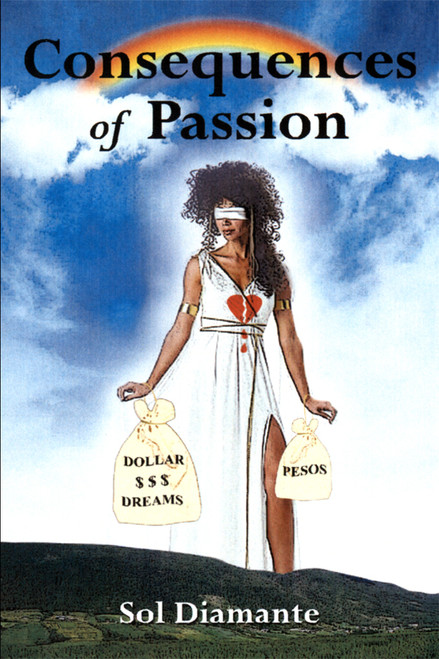 Consequences of Passion
by Sol Diamante

Mexicos chaotic political revolution turns the country into a place of turmoil and economic struggle. Angelicas father, Miguel, is an ambitious man on the verge of losing everything. His strong desire to survive compels him to take a chance in America, the land of opportunity. With Miguel gone, Angelicas mother, Caridad, gains responsibility of the household. Their lives are then changed forever when Adam, Angelicas brother, is in an accident, causing her brother Eric to become rebellious and indifferent. After Miguel and Caridads deaths, Angelica is left with four younger siblings, including a crippled sister and a fugitive brother. While strengthened by her familys hardships, Angelica is not satisfied with simply surviving, and she wills herself across the border to try to build a better future. Despite the uncertainties before her, Angelica desperately seeks a change, no matter what the consequences.

I was born in Santa Fe, New Mexico and graduated from St. Michaels High School. I then moved to Colorado to further my education and still reside there today. Because of my love for the arts, I took an interest in acting and did my first theatrical comedy in Spanish called El Muerto Tendido (A dead body lying at rest). I continued to act and did another play called The Pesadilla (The nightmare). To further my devotion to writing, I took classes at the University of Denver. I dedicate this book to my beloved mother born in Mexico.

Passion for a Purpose

Conversations Between Me and I: The Forgotten Art of Self Therapy

Connecting: 80 Surefire Ways to Get What You Say Understood