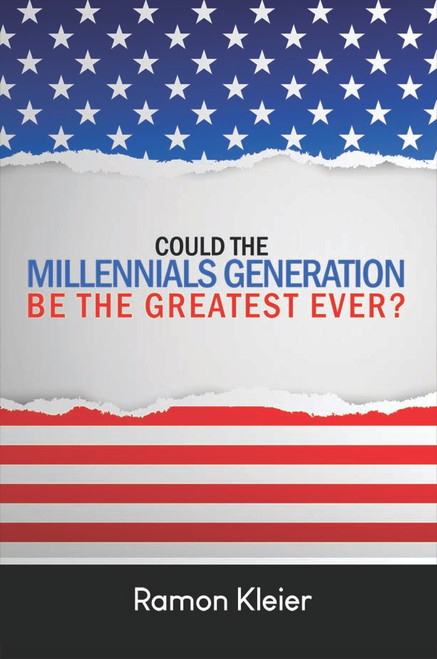 Could The Millennials Generation Be The Greatest Ever?

When Mr. Kleier was six years old, and his brother was four years old, the motto, or the culture was: “Kids should be seen and not heard.” Every Tuesday evening, their Paw-Paw would bring two of his sons with him to play Pinochle with their dad. The siblings respected his wishes and beliefs. So, they sat with their backs up against the wall, their legs laying flat on the floor, under their chairs (very small area). They had a school tablet and #2 pencils and wrote notes to each other, making fun of their conversations. They had more fun, choking back laughter, than the card players. Evidently it was at that time, that Mr. Kleier got the itch to write stories. In 2007, he wrote a book about his three brothers growing up in Schnitzelburg, a town with a very heavy population of German immigrants. Mr. Kleier befriended a historian professor at the University of Louisville. The professor helped him with the history of Schnitzelburg and told Mr. Kleier to let him see the finished copy of the book, The Four Kleier Boys of Schnitzelburg. That book, a hardback coffee table book, is now sitting on the shelf at the Special Records and Archives of the University of Louisville's Ecstrum Library. Mr. Kleier then contacted the powers at The Louisville Free Public Library. A copy of that same book is now sitting on a shelf at The Louisville Free Public Library. In 2018, Mr. Kleier wrote another book, What has happened to MY world living in Schnitzelburg?

Could the Millennials Generation Be the Greatest Ever? - eBook

Choosing to be Kind (HC)

Could the Millennials Generation Be the Greatest Ever? - eBook

A Girl from a Store