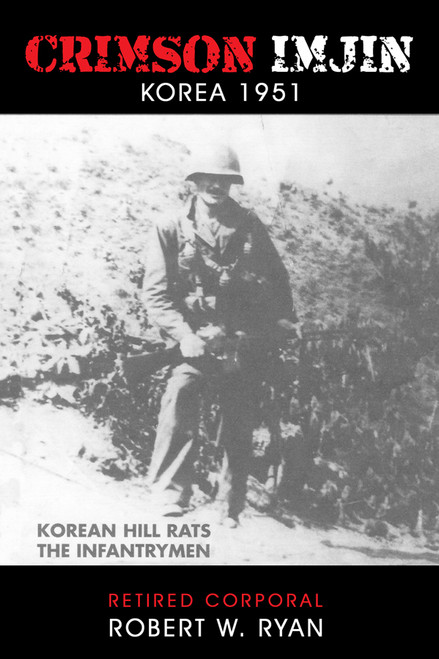 The eyes of a soldier see no future, no love, only death,
At the Crimson Rivers edge,
Crossing, submerged to the chest,
Weapon held high.
Is this the morning Im going to die?
Why?

Crimson Imjin Korea 1951, the symbolic title chosen for this book, was influenced by the bloodshed by both sides during heavy fighting occurring in the hills bordering the shores of the Imjin River in North Korea.

I didnt intend to have this book published, as it was written strictly as a means to alleviate the nightmarish combat memories that surfaced during the Vietnam War and continued into the nineties.

Vietnam had unleashed the horror and hopeless situations that I thought were buried away forever. With Gods loving presence guiding my fingers over the keyboard, rewarding me with His comforting peace of mind, I believe He freed me once and for all from the fear and furor of combat.

I was born in Erie, PA, on May 30, 1927 and lived my childhood in Lackawanna, NY, Ashtabula, Cleveland, and Northeastern Ohio.

I served in the U.S. Merchant Marine from 1944 to 1950. In 1950 I was drafted into the U.S. Army and arrived in Korea April, 1951 and was wounded Sept. 11, 1951. I spent the next fourteen months in hospitals. My hillrat buddies from the Combat Infantry Regiments in Korea all earned the CIB (Combat Infantry Badge).

Teaching in the Land of Kimchi: Discovering South Korea as a Working Ground