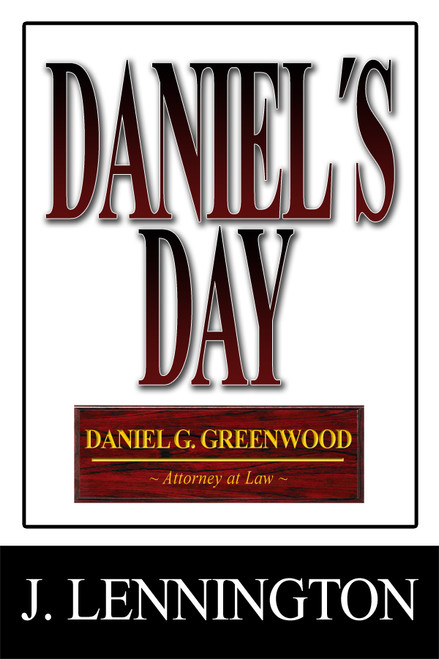 Daniels Day is about a man, Daniel Graham Greenwood, whose fathers death was ordered by a well-known mobster when Daniel was very young. Daniel suddenly found his world turned upside down. Being without a father to support them, him and his mother had to move back to Ohio to live with Daniels grandparents. When his father is finally found innocent of the crime he had been accused of, their lives change once again; but Daniel is still without his father. Daniel finds himself going to law school and becoming a lawyer. Years later he works for a prestigious law firm whose major client is the very man who ordered the hit on Daniels father.

J. Lennington was born Judy Clark. She was born in Ellwood City, Pennsylvania, and moved to the Negley, Ohio area when less than a month old. She was raised on a farm in the region now known as Lake Tomahawk. She attended first grade in a two-room schoolhouse in Clarkson with first through sixth grade in one room with one teacher. She went to the new Rogers School in second grade, only to go back to the Clarkson School for sixth grade until the new Beaver Local Elementary School was built. She is a 1965 graduate of Beaver Local High School. She retired after thirty-eight years of factory work. Her hobbies are writing and gardening. Daniels Day is her second novel; her third yet unpublished.

Dance My Child: A Story for All Humanity