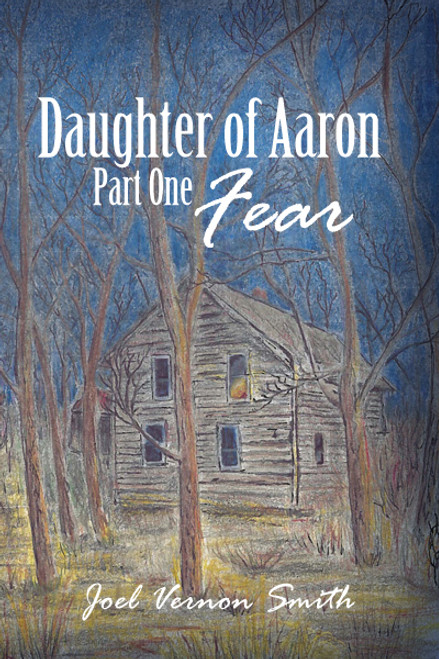 Daughter of Aaron: Part One Fear
by Joel Vernon Smith

When Eddie Sand was given a medical discharge from the Army, he spent the next sixteen years in a Detroit suburb. By 1984, when he had just turned thirty-nine, Eddie was fully aware that the demons from Vietnam wouldnt depart from him.

One night in October, a flamboyant man steps into Eddies life. Leonard Parks is wealthy, he says, because of his inborn writing talents. He asks Eddie to accompany him to a special project in Grand Traverse County, Michigan, promising him a huge paycheck.

The older citizens in Grand Traverse County are in continual disagreement: some say that Elsie DuJack died in a drowning accident during the summer of 1911 when she was only seven years old. Others say that the parents kept their feeble-minded daughter hidden until 1967. A third group argues that a thoroughly haunted and lonely Elsie is still alive at age eighty in 1984, though she had always been incredibly elusive.

The two men will spend a night in the home. The motive: to lure the old woman from the shadows.

Many years ago, Joel Vernon Smith began imagining the tale of an elderly woman who is rumored to still reside within the family home long after other family members are dead. Following his own 70th birthday, Smith decided it was high time to set upon the task of describing a lonely, haunted and strangely talented feminine soul. The fictional house in a northern Michigan swamp was not a place where he really wanted to go. But once the work was underway, the author himself needed to learn if an imaginary Elsie DuJack was still there and still alive.