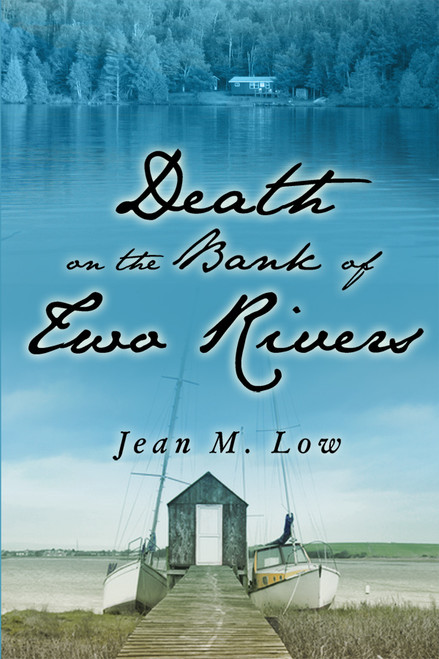 Death on the Bank of Two Rivers
by Jean M. Low

Death on the Bank of Two Rivers is a mystery novel about a cluster of murders occurring in the area of New Orleans, closest to the Mississippi River. The murders appear to be copies of a series of terrorist murders that occurred along the Zambezi River in Rhodesia thirty years previously. The setting of the book moves back and forth between life in the popular fishing camps on the Zambezi River in the 1970s and life in New Orleans at the present time.

Though terrorism is not suspected in New Orleans, the setting of the killings, the type of weapons used, the placements of the bodies, and the wounds inflicted on the victims in New Orleans are uncannily similar to the murders in Rhodesia.

Jennifer Evans, the main character in the novel, lived in Rhodesia during part of the period of terrorism and now lives back home in New Orleans. She has recently gone through a divorce that ended fifteen years of a dull marriage and is now happily in love with a New Orleans police detective. She brings these similarities to the attention of the New Orleans Police and eventually, the local new reporters hear about it. It is mentioned in the paper, along with Jennifers name. This results in some terrifying episodes in Jennifers life and culminates in the unraveling of the mystery and the resolving of the murders.

Jean M. Low was born in Canada but traveled most of her life. Before she was ten, she had lived in China and India and then went back to Canada. She moved with her family to New Orleans and attended high school there. Then she began Newcomb College. She married halfway through college and moved to Africa for the next twenty years, returning to New Orleans in 1980 and returning to college. She graduated with a Ph.D. in developmental psychology in 1987 and then taught at University for the next twenty-two years. She retired from the University of Louisiana at Monroe in 2009 and now resides in New Orleans.

Those Haunting Banks of River Rue

Define the Problem: Thinking About Your Thinking

Dead or Alive?: Which One Are You?

Decision Making from the Grass Roots Up