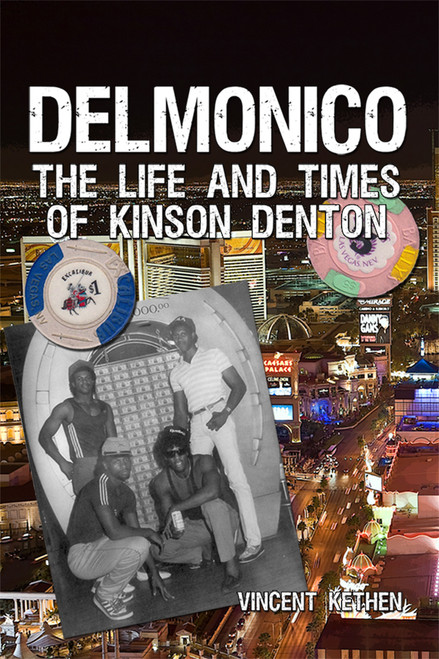 Delmonico: The Life and Times of Kinson Denton
by Vincent Kethen

With inspiration from the streets of Las Vegas, where every day is payday, comes a book about a family growing up in the late seventies and early eighties in the hood, dealing with Darwins Theory of Evolution, where the strong survive. Other neighborhoods, such as Regal Estates, Vegas Heights, Gersen Park, Valley View, Crib City, Winslow Park, Carey Arms, and Berkeley Square, have to deal with the wrath of the dust coming through with much destruction.

In 2010 the world will know about Delmonico, a neighborhood in Las Vegas that is small in size but makes big noise in the eighties and continues to serve as a benchmark for many other neighborhoods nationwide.

We would like to welcome you to take this ride with us into the next dimension of storytelling. We are presenting the opportunity to take advantage of the self-proclaimed entertainment capital of the worlds stab at urban book writing. Stay tuned for more information of this upcoming novel that tells the story from the beginning, which is a continuation to this day.

Funnymen: Life and Times on the Greatest Show on Earth

Descubiertos/Uncoverings: Growing from Adoption and Reunion

Destined to Live, Born for Adversities