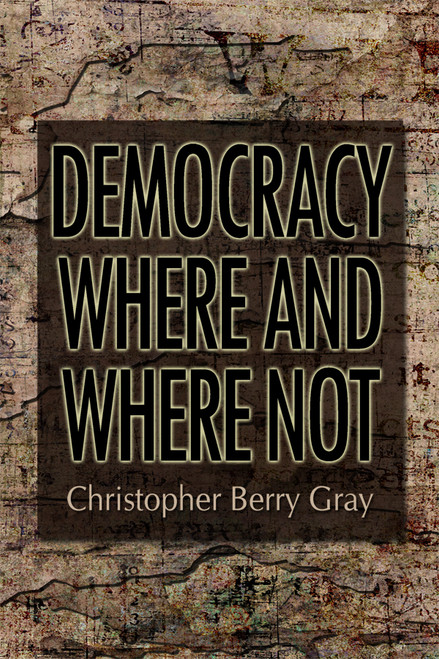 Democracy Where and Where Not
by Christopher Gray

Democracy looks like a good thing everywhere. If it is the right way to govern some kind of human grouping, then it belongs everywhere else, too. This book examines how true that presumption is. The book develops a grid for thinking about democratic governance, namely, a theory of institutions. This theory upholds the reality of groups and defines them by their purposes. Next, the book describes the main concepts that are used in the argument, namely, democracy, groups, equality, and law. At last, the institutional method applies these concepts to the important human groupings and reaches surprising conclusions on whether democracy belongs everywhere. These groupings are acquaintance and friendship, marriage and family, neighborhood and nation, commercial and cultural voluntary groups, state, and transcendent community.

Christopher Berry Gray is a professor of philosophy at Concordia University in Montreal. Born in New Jersey, he received his masters and doctoral degrees in philosophy from The Catholic University of America, and he received degrees in both civil and common law from McGill University. He has published numerous articles and chapters, as well as editing Philosophical Reflections on the United States Constitution: Bicentennial Essays (Edwin Mellen, 1989) and The Philosophy of Law: An Encyclopedia, two volumes (Garland, 1999). He is also the author of Philosophy of Man at Recreation and Leisure (Peter Lang, 2007) and The Methodology of Maurice Hauriou: Legal, Sociological, Philosophical (Rodopi, 2010).

What Is a Where?

Define the Problem: Thinking About Your Thinking

Deter & Minimize: The Facts You Need to Know About Home Security

Death Is but a Doorway - eBook

Decision Making from the Grass Roots Up