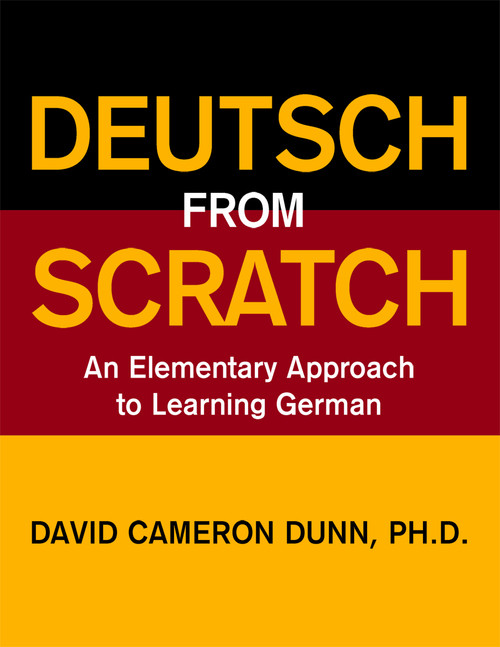 Deutsch From Scratch: An Elementary Approach to Learning German
by David Dunn, Ph.D.

Deutsch from Scratch presents an elementary and systematic approach to learning the German language. It was designed for persons both young and not so young who might find the rigors of the typical college-level text to be overly complex and/or demanding. Deutsch from Scratch offers all of the many details of this rather complex language in a user-friendly, simple fashion.

David Cameron Dunn was born in Loma Linda, California, in 1934. During a four-year active tour of duty in the Air Force (1952-1956), he first encountered and became interested in the German language. In 1958, taking advantage of the Korean War G.I. Bill, he began his higher education at Cornell University, receiving his B.S. in 1962, his M.S. in 1965, and his Ph.D. in 1970. Joining the Cornell Hotel School in 1964 as lecturer and admissions officer, he remained a faculty member there for more than thirty years, retiring in 1994 as professor emeritus. He and his wife, Elaine Joyce, just celebrated their fifty-sixth anniversary.