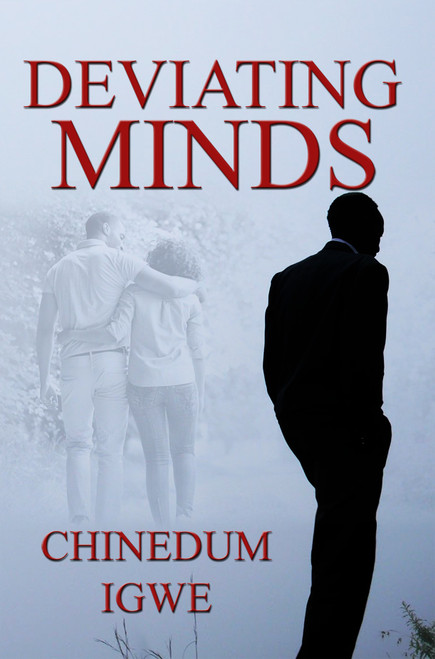 DEVIATING MINDS is a novel set in the mid 1990s during the period of Owerri civil disturbances and tells the story of Munachiso, a young African boy who was passing through that confusing stage of adolescent life that saw him develop affection for his supposed female relative that was living with them.

In African customs and traditions this was not allowed, so Munachiso must channel his affection to Morenike, Olaedo's female friend and classmate who persistently frustrated Munachiso's advances until he gave up trying.

But certain events later led to Morenike accepting Munachiso and the ensuing turbulent relationship between them revealed the wild side of Morenike and also her love for living life in the fast lane. Munachiso struggled hard to catch up with the fast tempo of Morenike's life-style and often got ridiculed by her as not being smart enough.

Munachiso managed to keep the relationship alive until he met Doris, a supposed family friend he never really knew. Doris was a refreshing contrast to Morenike as she was more caring, reserved, cool-headed, and definitely the kind of girl Munachiso wanted. Morenike got pregnant and conveniently accused Munachiso of being responsible in a bid to cover up Stanley, the actual person responsible, because she did not want her parents to know she was associating with such a renowned fraudster.

How does Munachiso extricate himself from Morenikes false accusation and does it affect his preferred new relationship with Doris?

Chinedum Igwe grew up in Owerri, Nigeria. He started writing at the early age of 13. His first two published novels, ELSIE and THE DEVIL HAS A LONG TAIL, were written when he was still in the junior secondary class.

Diary of a Spirit Medium

Destined to Live, Born for Adversities