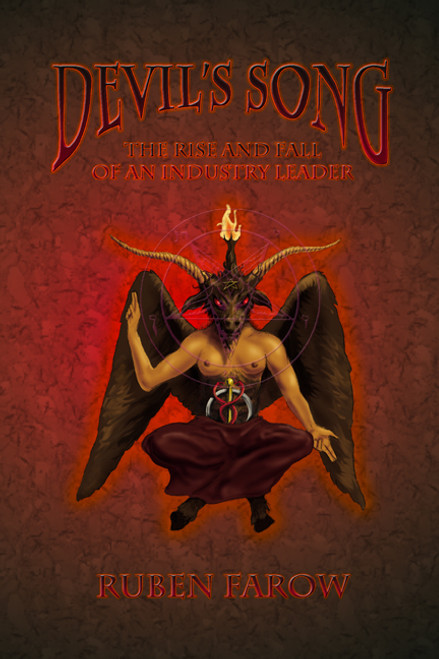 by Ruben Farow Do ultra-secret societies exist? Does one secret society advance an elitist and secular agenda worldwide, bestowing political and economic power to its chosen members? Is this special society aligned with unclean or demonic forces? Does reincarnation exist, or is it just a belief system of primarily eastern religions? To find answers to those questions, read the diary of Uwe F. Borran. After losing his job and being unemployed for some time, he meets a stranger in a hotel bar who asks him to join an ancient secret society. With a promise for a better economic future, Uwe Borran signs a contract to become a member. The very next day, his life changes dramatically. He is offered a job and eventually advances from the position of chemical research and process engineer to chief executive officer of a multinational holding company. But success comes at a steep price; the society demands the total surrender of his spiritual soul in exchange for a lifestyle of hedonism and nihilism. This is a warning about a hellish organization with a special agenda! ABOUT THE AUTHOR The author grew up in Switzerland during the 1940s and 1950s. In 1966 he obtained a combined undergraduate degree in chemistry and chemical engineering from the Zurich University of Applied Sciences in Winterthur. After working as an R&D chemist and team leader for over a decade in Switzerland, he immigrated first to Canada in 1979, and then to the United States in 1985. He graduated with an M.B.A. degree from Case Western Reserve University (CWRU) in 1991 and performed in leading management positions before becoming a consultant in 2003. The author has published (under his real name) a number of articles dealing with technical, business, and operational issues related to the chemical industry in several trade journals, and he also presented several technical papers in North America and Asia. He is serving as an industry expert on the Editorial Advisory Board of a trade journal, and he is a member of several trade organizations. He prefers to publish his fictional stories under assumed names. Ruben Farow is one of the authors pen names. (2008, paperback, 598 pages) Availability: Usually ships in 2-3 business days.
×

The Rise and Fall of the Mayor & Governor

Diabetes Mellitus Based on Psychopathology and Brain Science

Deter & Minimize: The Facts You Need to Know About Home Security

Diary of an Abandoned Cat

Diary of a Spirit Medium