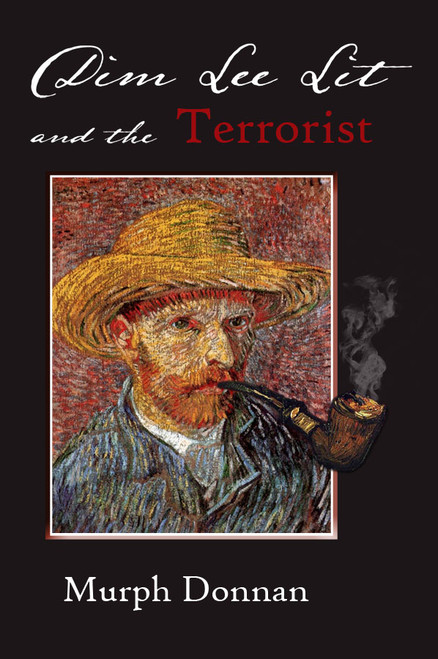 Dim Lee Lit and the Terrorist
by Murph Donnan

Once a rock star comes into his own, he could be as popular as he wanted with the women, right? Dim Lee Lit thought the same way, and skipped the fact he already had a girlfriend. Well, she thought differently, and once he let her go, she hired a terrorist to murder him. Revenge fueled the fire in her. She was his model while he painted, he kept her close, but tried to upset her in conversation. He softened some, but he couldnt shake his band members volition of having their girlfriends pose nude while they painted. Pam wouldnt let Dim do it.

Throughout, the book puts nudity through an unnerving light. It turns out America could be better off not living on such high hogs.

Being up North with a bunch of unforgettable characters, the author was there to learn about art. Since he was a softhearted Southerner, he gradually fell into a maze of smoking, women sharing, and poverty. Time to clear out and go home, he was directly confined to a mental hospital.

But, taking energy from his experiences, Donnan learned firsthand what a breakup could do. She was the love of his life, both getting together during Spring Break in Fort Lauderdale. Work was also an issue, and even though theres nothing like having a terrorist after you all the time, the attitude of Dim Lee Lit was carved out of the small jobs and artist minds who never did anything without sacrifice.