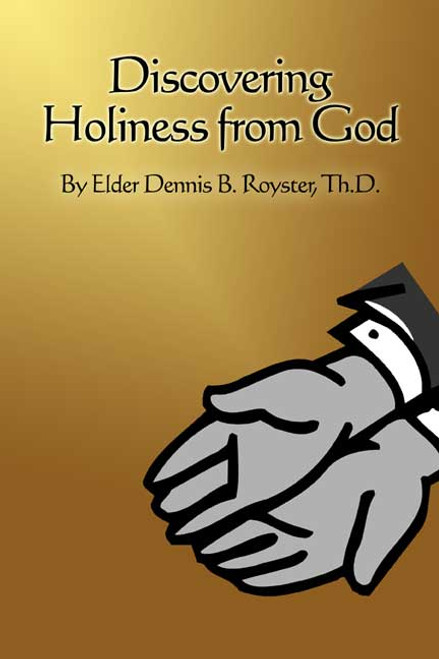 by Elder Dennis B. Royster, Th.D. This book was written out of deep respect and love for holiness and the people who influenced my life for twenty-six years. This book is also about the illumination of God teaching the saints the truths of His word through the Holy Ghost and the inspiration of Gods unique breathing of His words into human writers of His scripture, which the Holy Ghost reveals. Without the revelation of God disclosing the things about God Himself that we could never have known had God not revealed them through the Holy Ghost, this book could not have been written. ABOUT THE AUTHOR My name is Elder Dennis B. Royster, Th.D. I have been born again for twenty-six years. I was called to the ministry in 1984 and received my first license, which was my ministers license, in 1985. I received my evangelist license in 1988, and I was ordained elder on September 23, 1990. In 2004 I received my bachelors degree in theological studies and my master of theology degree, and in 2006 I received my doctor of theology from the Christian Bible College and Seminary. (2007, paperback, 92 pages) Availability: Usually ships in 2-3 business days.
×

Do You Know the B.I.B.L.E.: Basic Instruction Before Leaving Earth

DNA in the Sands of Time