Divorce! But, on My Honeymoon! 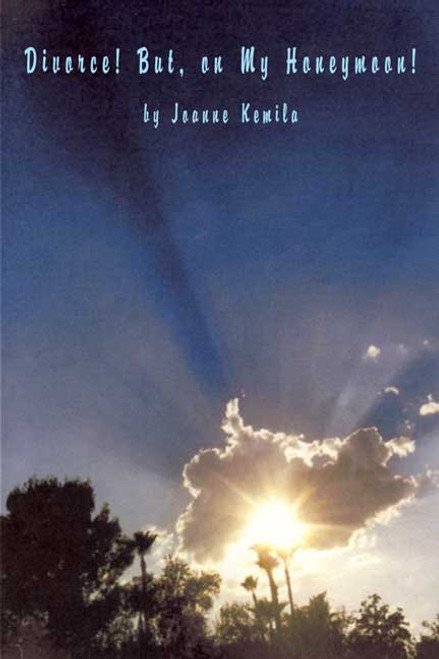 Divorce! But, on My Honeymoon!

by Joanne Kemila In this fascinating experience, Joanne Kemila tells a story of personal struggle from ruin to reformation after years of abuse. Joanne Kemila had a happy childhood. Later, as a young woman, she meets Thomas, an older gentleman whom she eventually marries. But before her wedding, Joanne learns that she has a rare blood diseaseand Thomas has cold feet. On their honeymoon, he declares he wants a divorce. Join Joanne as she describes how she dealt with the pain of divorce while overcoming both past sexual abuse and present spiritual abuse. She stresses the importance of letting God take over to help her move on to create a new life. Divorce! But, on My Honeymoon! is a story of transparency rare in this nature of literature. You will relate to this poignant and inspiring account dealing with honest human conditions. You will rise up and walk in hope where healing and new purpose in your life can be found. ABOUT THE AUTHOR Born in 1952, Joanne Kemila has been involved in business, real estate, modeling, and acting amongst other ventures. After receiving a theological degree with honors, she traveled overseas as a missionary teaching leaders and people for a major part of eight years. She lived in China, the U.K., India, and Africa, including Kenya and Mozambique. She was granted an honorary doctorate of divinity through the Apostles Association of India. During her time in the U.K., Ms. Kemila embarked on her first writing venture, Divorce! But, on My Honeymoon! Her second book is nearly complete, and she intends a third. (2005, paperback, 186 pages) Availability: Usually ships in 2-3 business days.
×

Finding Calmwater: The Story of One ManÂs Marriage and Divorce