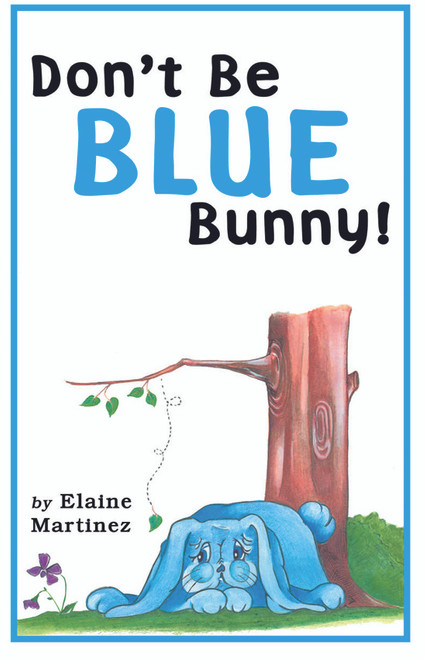 by Elaine Martinez Dont Be Blue Bunny! is a story about a sad little bunny who is ignored by other bunnies. His problem is that his fur is blue, which is not the typical color of bunny fur. He doesnt realize he is different until he looks into a pond and sees his reflection. Startled by his appearance the bunny becomes worried, but just in the nick of time a friend comes along and tells him something that will change him forever. In Dont Be Blue Bunny! Elaine Martinez creates an uplifting story to read to young children. Its rhyming story line and pictures can be used to educate a child on how his moods affect himself and the way others treat him too. ABOUT THE AUTHOR Elaine Martinez grew up in Hammond, Indiana. When she graduated high school, she enlisted in the U.S. Navy and served for a total of six and a half years. After her enlistment, she moved to California and spent five years as a deputy sheriff for the Riverside County Sheriffs Department. It was during this time that she wrote Dont Be Blue Bunny!, her first published work. Elaine spent her final year and a half in law enforcement as a police officer for the town of Merrillville, Indiana. She ultimately resigned to become a short-term missionary in Africa. She currently resides in Crown Point, Indiana, and now works for a local security business. (2007, paperback, 32 pages) Availability: Usually ships in 2-3 business days.
×

I Don't Believe in Santa

I Don't Eat That

Does God Forbid Intermarriage - Will A Jew Marry a Christian?