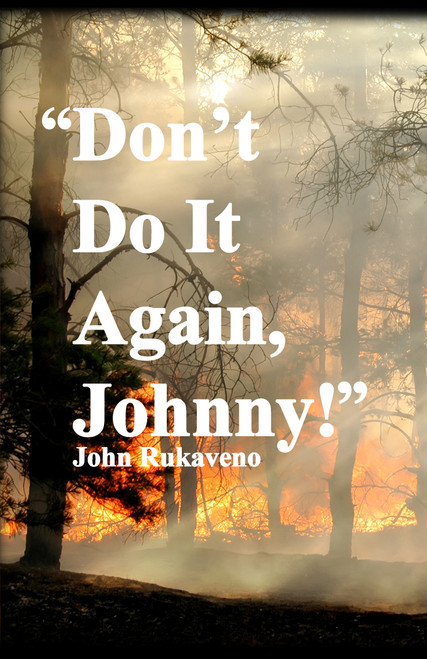 “Don’t Do It Again, Johnny!” provides a rare opportunity for readers to get a glimpse into the mind of someone living with a severe mental illness. John’s disorganization and tangential thought process make for a unique writing style and are what make this book special.

In this book you will follow John’s life story of growing up in Bend, Oregon. His journey takes him from driving fast cars, to spending time in prison, to being committed to the state hospital, to caring for thirty-three dogs, and finally from being disabled and homeless to living happily ever after. This book has been a dream of John’s for many years. This book allows him to share with the world his experiences through his eyes and in his words. My hope is that readers appreciate the underlying themes of humor, zest for life, and unconditional love.

John Micheal Rukaveno was born on September 5, 1947, the second of four children to Paul and Edith Rukaveno. He was born and raised in the-then small town of Bend, Oregon. John was diagnosed in his late teens with schizoaffective disorder. He reports, “The illness entered my family through my mother’s side.”

Despite the challenges John faced due to his mental illness, he has led a fascinating and adventurous life with few regrets. His proudest life accomplishments are being in the movie One Flew Over the Cuckoo’s Nest and climbing Mt. Baker at 10,781 feet with Oregon’s Governor Straub. John is known by many for his laughter, his generosity, and, of course, for his stories.

why do WE cheat? - eBook

Sheila Gets a Lesson in Foster Care - eBook