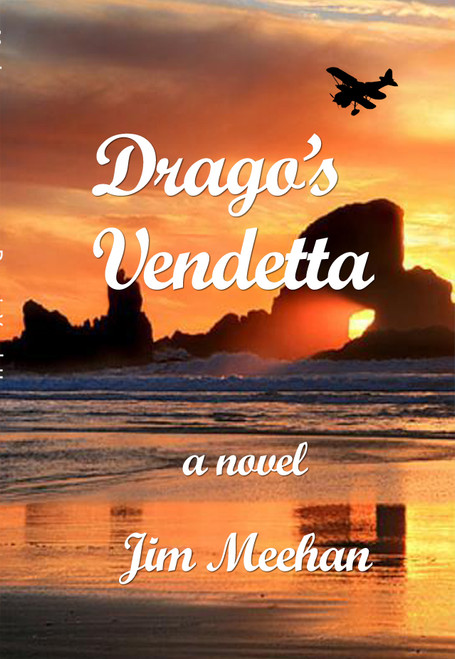 Drago’s Vendetta is the story of a man seeking vengeance for the loss of his family in an early World War II bombing. A former fighter pilot, he sees the recovery of a lost fighter plane as the means to take the war to the bombers who have killed his wife and son. The story takes place around a small island near Sicily and intimately chronicles the man’s hatred of the war and the belligerents who have taken his loved ones and made his peaceful home a battleground.

Repairing the fighter with the help of trusted local fishermen, he begins flying against both German and British bombers from a hidden strip of beach, keeping his secret from his remaining teenage daughter and the other islanders. A thriving black market supplies him with fuel and ammunition.

The British on Malta and the Germans in Sicily soon notice the loss of aircraft to an unmarked fighter and plans are put in motion to find and eliminate it. His missions become more difficult as the Mediterranean air war intensifies. The grieving widower attracts the sympathy and interest of the local school teacher and also a recent widow who find themselves in competition for his attention.

Characters in the story also include British, German and Italian air crews, a Sicilian bar girl involved with a German flyer, and the embattled islanders themselves.

Author Jim Meehan is a native of coastal Virginia, still living in the area which has a rich history of military aviation development and operations. Jim had a career in the maintenance of U.S. Naval aircraft and traveled to the locations of this story. He is the author of a book of Navy and Marine Corps aircraft markings as well as published aviation articles and short stories.