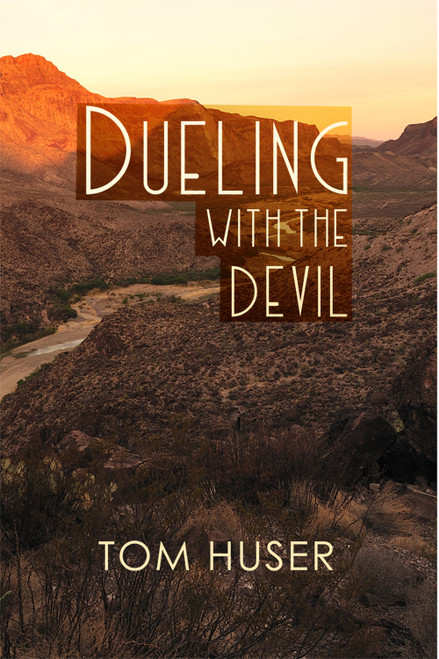 Dueling with the Devil
by Tom Huser

If you dont do exactly as I say, we will kill your grandson, Diablo Guero, leader of the brutal drug cartel, The Diablos, tells Padre Reynolds. Padre is a minister/missionary on the Texas/Mexican border who has been kidnapped by the cartel for the purpose of serving as a mule making a very large drug delivery into the United States. Padre is terrified. He is virtually paralyzed by his fear until he begins to come to terms with the reality that he is likely to be killed anyway upon the completion of his mission. His faith in God enables him to cope with his situation.

Dueling with the Devil is a thriller. It is unique, however, in that, it is written from a distinctly Christian point of view. One cannot read the book without coming away with the conclusion that God is really the leading character.

Tom Huser is a retired Presbyterian minister who lives with his wife Shirley in Kerrville, Texas. Tom has done missionary work in Mexico. He has a deep love for the Mexican people and he covets a deep working relationship for Mexico and the United States to solve common problems. Tom writes with a sense of passion and urgency that grows out of his love for God and country.