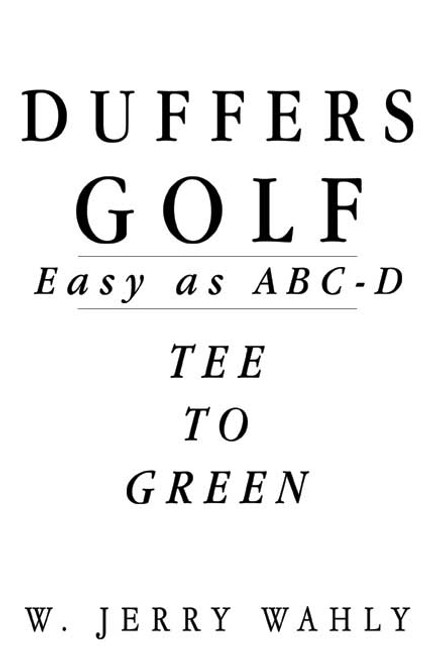 by W. Jerry Wahly Eighty-six-year-old W. Jerry Wahly wrote this book for older golfers who would like to play a better, simpler game of golf and enjoy it. Even after several surgeries, he can still shoot a score under his age using the system he presents in Duffers Golf: Easy as ABC-D: Tee to Green. Its as simple as putting, he says. You use the same putter for all distances, you just learn how hard to hit the ball. ABOUT THE AUTHOR W. Jerry Wahly has been golfing since he was twelve years old. After a stomach operation and three months of pestering, his doctor said he could play three holes of golf at a time and to ease up on his stomach movements. As this book attests, he found a way. (2005, paperback, 32 pages) Availability: Usually ships in 2-3 business days.
×

Living in the ABCs of Life

Lead Beyond Tee to Green