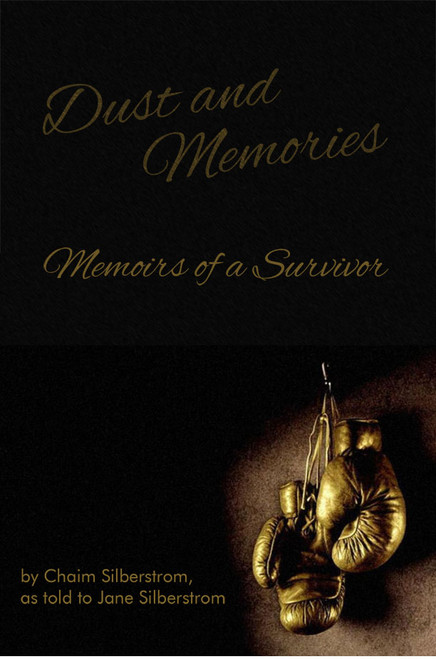 Dust and Memories: Memoirs of a Survivor
by Chaim Silberstrom, as told to Jane Silberstrom

As World War II (in 1939) overtook Poland, Chaim Silberstrom began a nightmarish flight and fight for survival. The Polish Army refused to allow Jews to join the battle, so Chaim became an easy target. First arrested and force-marched to Germany, he escaped the Nazis, only to be arrested by the Russians. Accused of being a German spy, he was sent to Siberia as a slave laborer.

With more lives than a cat, Chaim managed to survive to tell his story of cruelty and viciousness, but also perseverance, kindness, and courage in the face of impossible odds.

At nineteen, Chaims dreams were all about the life he would lead in Zion. But as war overtook Poland, the real challenge was survival. From Poland to Germany to Russia to Siberia, Uzbekistan, and Germany again, his story is one of grim determination and curiosity to see how the war would end: I knew it could not last forever, and I wanted to see how it all came out. When others could not see the point in suffering only to die, Chaim chose Life. His story is a miracle of the human spirit, and serves as an inspiration to all who know it.