Earl the Squirrel and Gimmpy the Cat: True Friends 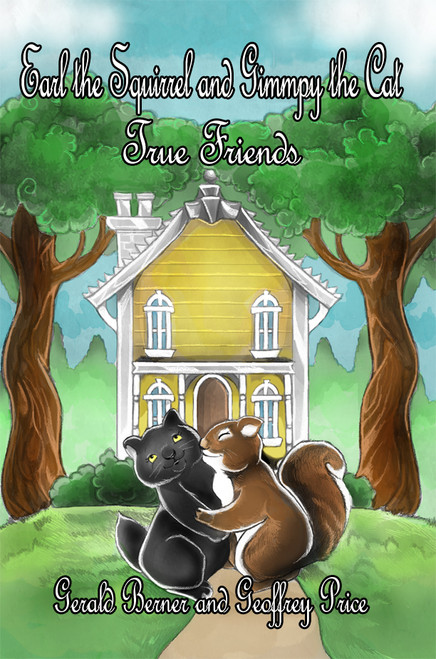 Earl the Squirrel and Gimmpy the Cat: True Friends

Earl the Squirrel and Gimmpy the Cat: True Friends
by Gerald Berner and Geoffrey Price

Gimmpy is a beautiful black cat with yellow eyes Geoffrey Price adopted after he received the cat from another family. Gimmpy had an unfortunate accident with a rocker pressing down on his back as a kitten. Gimmpy has no outward injury, but he does have a limp and can only peck at food. But Geoffrey loves him and Gimmpy loves Geoffrey.

Everyone will get to know Earl and Gimmpy better in this story written by two friends.

Geoffrey Price was born in Goodrich, a small town near Flint, Michigan. He lived on a farm in Goodrich and grew up learning to do many chores, like milking cows and planting crops. As he grew older, he moved to Flint and worked for General Motors for a while then went into sales. He worked in department stores sales and has since retired.

Gerald Berner is a pediatrician in Flint, Michigan. He is a member of the Board of Pediatrics and graduated from the University Of Michigan School Of Medicine.

Gerald has been married to his wife, Sylvia, for forty years and they have two children. He has written other books, including The ABCs of Becoming Super Parents, Opening the Doors to the Best Children.

The Adventures of Jonnie (A Rooftop Squirrel)

DuhÂLife Can be So Simple

Drakar: The Dragon That Went to School