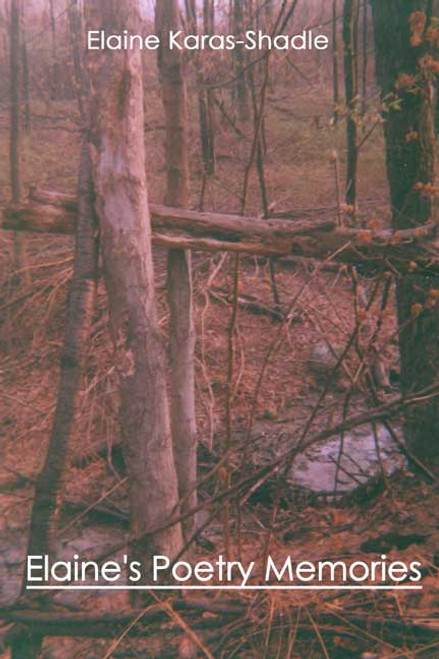 by Elaine P. Karas-Shadle This collection of poems is from my personal memoirs. I originally had it copyrighted just for pleasure. Some poems are about very different places Ive been in life, as Im a very emotional person and find it most rewarding to express thoughts on paper. Cowboy was based on a combination of my emotions and watching country music videos with three of my four favorites: Toby Keith, Alan Jackson, and Vince Gill. One of the Jesses was for my very devoted and affectionate cat who was killed by a car at age four. My last memory of him was right before he went outside, sitting on my stepsons lap while I petted him. He was purring so loudly and contently, he could be heard miles away. My dad and my Uncle Tom Sperides both died within two months of each other. I dedicated this poem to both of them because I never really got to show either of them just how deeply I loved them. Since theyve passed, I realize a lot was unsaid. The staff at Pips Printing, my friend Wally, my family, and my friend Brent have all been so supportive of my poems while I was creating them. Therefore, I have to share this book with my family and my friends who never let me back down: Granddaughter Michelle, daughter Sara, son Jack, Davey, and for my adopted aunts at church. Most of all, for Sister Susan at St. Patricks, who gave me an A on one of these poems in 1972, and to my #1our dear Lordfor all Ive been blessed with. ABOUT THE AUTHOR Elaine P. Karas-Shadle is the only daughter of the late Christos Karas and the late Mary Sperides Karas, and she was born on December 19, 1959. She grew up in Erie, Pennsylvania, and graduated in 1978 from East High School. She studied Radio/TV Broadcasting briefly in 1978 at Mercyhurst College, hoping for a career in journalism or as an anchorperson. From 1981 to 1983, she lived in Alexandria, Virginia, near her dad, Christos, working for the FBI as a data entry clerk. After returning to Erie to be closer to her mother and uncle, Tom Sperides, Elaine met and settled down with her husband, Davey Shadle, then returned to college and in 1992 received her associates degree from Erie Business Center as a medical secretary. She worked at Millcreek Community Hospital and Springhill Retirement Community and is now employed at West Corporation. She is the mother of a nineteen-year-old son, Jack Shadle, and a fourteen-year-old daughter, Sara Shadle. Elaine and her family currently reside in her hometownErie, Pennsylvania. (2006, paperback, 32 pages) Availability: Usually ships in 2-3 business days.
×

Election 2016 and the Margin of Theft