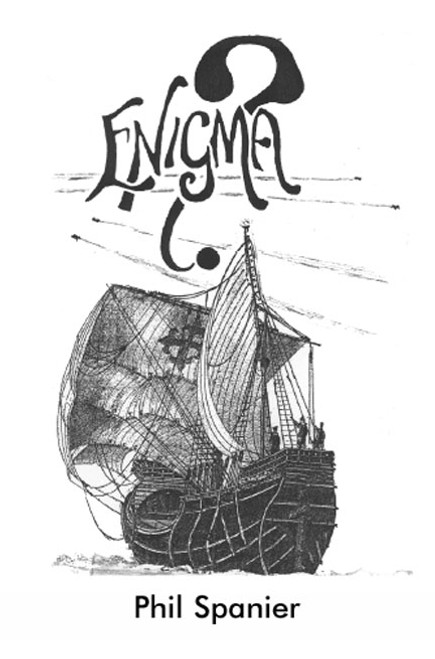 by Phil Spanier Enigma is a science fiction novel that deals with the fourth dimension time. Time, as we know it, is the greatest of all enigmas. Throughout the ages, many have tried to figure it out, including Einstein. In Enigma, the story hopscotches through time. Have fun reading it it could happen! ABOUT THE AUTHOR Phil Spanier was born September 13, 1926, in Denver, Colorado, where he has lived for his entire life. He served in World War II and the Korean conflict with both the Air Corps and the Air Force. He was employed by a large manufacturing company for twenty-eight years as fitness director before retiring in 1988. He has three children, five grandchildren, and five great-grandchildren. Phil is trying to further his artistic talents, both in painting and sculpture, shown in both the Rocky Mountain area and Southern California. He is quite imaginative in both his artistic creation and his writing ability. With these, he hopes to leave a legacy, something to be remembered by. (2004, paperback, 44 pages) Availability: Usually ships in 2-3 business days.
×

Ending the Shame: Transforming Public Education So It Works for All Students

Emancipation, Revolution and Oppression: A True Story of Perseverance and Hope