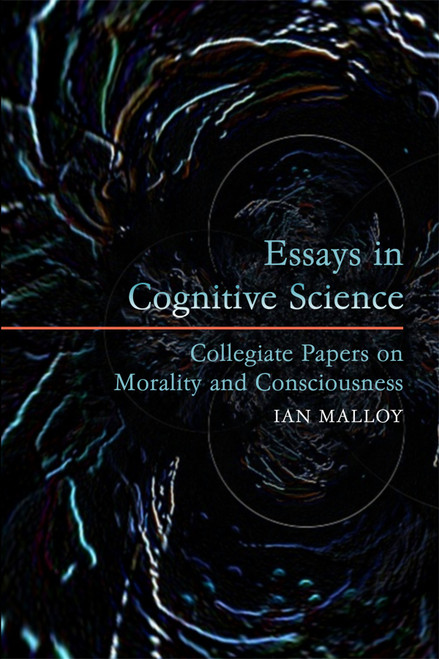 Essays in Cognitive Science: Collegiate Papers on Morality and Consciousness
by Ian Malloy

This book first analyzes morality within ontology, grappling the issues of piety raised by Platos Euthyphro and relating Virtue to Justice. Four theses are defended in the next chapter as a method towards achieving a more objective basis for ethics, critiquing Non-Cognitivist theory and building on Neo-Kantians and Aristotelians using Descartes famous postulate of identity. The book then enters the field of cognitive science in a formal analysis of consciousness as a cognitive function and what the process of thought entails.

The first chapter on consciousness wrestles with Chalmers Hard Problem, concluding that the Physical Sciences have no need to fear it. The fourth chapter details an abstract mathematics based upon a Propositional Logic and Predicate Calculus Theorem, leading to a mathematical function of cognition once cognitive tasks are converted into dependent and independent variables. The next chapter is an application of logic to a cognitive process known as parsing. Well-formed formulas are used to model the task of parsing and are then converted into a context-free grammar to prove decidability. The sixth chapter deals with a hypothesis that I call the Proteomic Theory, which states that consciousness is reliant on genetic expression and therefore the transduction that leads to the experience of qualia is reliant upon proteomics to communicate effectively with the genetic makeup of the organism. Chapters four and six are the most speculative, and chapter five probably requires the most familiarity with the different fields of cognitive science. The book moves quickly, but is intended for any upper-level undergraduate in philosophy of mind or cognitive psychology or the professional in the domain of cognitive science.