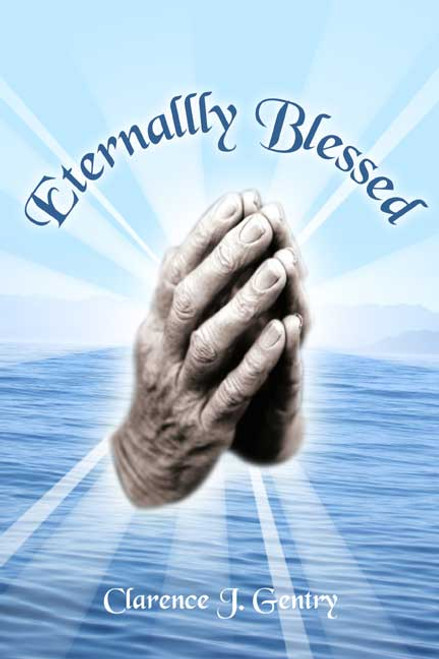 by Clarence J. Gentry Eternally Blessed is the autobiographical manuscript written by me that briefly covers the first twenty-four years of my life. I am now seventy-eight years old and have never known any biological kindred including a mother, father, and siblings. To the best of my knowledge, my mother gave me away when I was one month old. It was through the Grace of God that Mrs. Jane Mulissie Wafer, mother of Sam and James Wafer and Clarence J. Gentry, Sr., gained possession and control when I was four years old and administered to me the basic training to become a successful member of society. I have been married to my wife for fifty-five years; I am the father of four daughters, all of whom were never on welfare and obtained college degrees. I am a retired real estate broker and notary public, and I hold a BA in government. My thanks to the Almighty God. TO MY READERS I have been self-supporting since I was fourteen years old. The old lady from Louisiana who raised me died when I was this age. She was a third or fourth grade scholar and had been my preschool, head-start, kindergarten, and primary teacher. After her death, I moved from Oklahoma to California to live with her son. I graduated from high school at age seventeen in 1945 and volunteered to serve in the U.S. Army Air Corps on November 28, 1945. I was commissioned a Second Lieutenant on December 20, 1946, and was honorably discharged on August 3, 1951. I reentered college in 1952 and finally received a BA in social science-government in 1981 from California State University, Sacramento. While attending colleges and universities, I was employed as follows: Psychiatric Technical trainee, eight months; correctional officer at the California State Department of Corrections, three years; postal distribution clerk, one year; longshoreman and warehouseman, eleven years; and real estate broker and notary public, twenty years plus. (2006, paperback, 174 pages) Availability: Usually ships in 2-3 business days.
×

Love, A Perspective on Feelings

Inspirations by Matilda: "Be Blessed"

Love Has Everything to Do with it - eBook