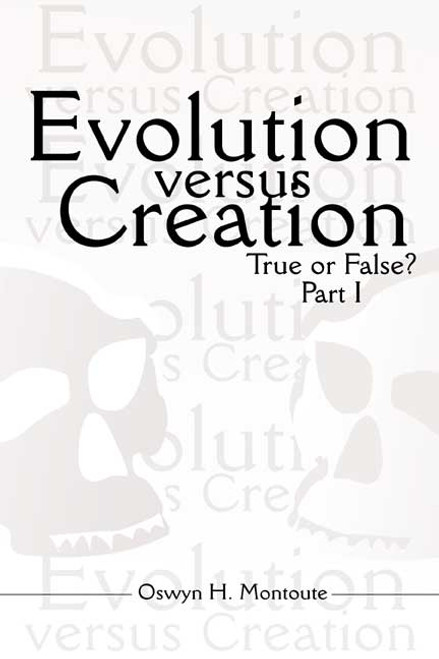 Please note, this title contains two books, Part and Part II. by Oswyn Montoute Did all that is begin from a spontaneous accidentan accident that led to the perfection and order we observe in the universe today? Or did this perfect order spring from the Creator God? In Evolution Versus CreationTrue or False?, Oswyn Montoute deals with this topic in a different way. If existence sprang from shear chance and the fundamental ingredients of the accident are utilized as a comparison to the theory of evolution (beginning with the Big Bang), the end result of that accident should be life, order, perfection, etc. In the like manner, if existence began with the Creator God, the fundamental aspects of an invention can be used as a parallel to the creation beliefs, and the end result should be life, order, and perfection. As a result, one idea of origins must be established as true and the other must be false. Once the truth is established, an elaboration of the truth ensues. Following this is an elaboration of the false belief and how it has affected humanity in general and everything that exists. ABOUT THE AUTHOR A native of Arima, Trinidad, West Indies, Oswyn Montoute has been surrounded by nature, religion, and small adventures around his small community. His father was always interested in learning, and his mother was an innovator, making Montoute the person he is today. He is not easily influenced and does not settle for ideas that do not make sense to him, always checking things out to the best of his ability. Montoute loves to write; it is his calling in lifewriting to challenge the horizons of knowledge and go where no one has gone before, especially in the religious sense. That is why he wrote this book. (2005, paperback, 544 pages) and (2005, paperback, 438 pages) Availability: Usually ships in 2-3 business days.
×

Don't Want to Shine: Part I

Love at Christmas I, II, and III

Even Hand: Long Live the Republic