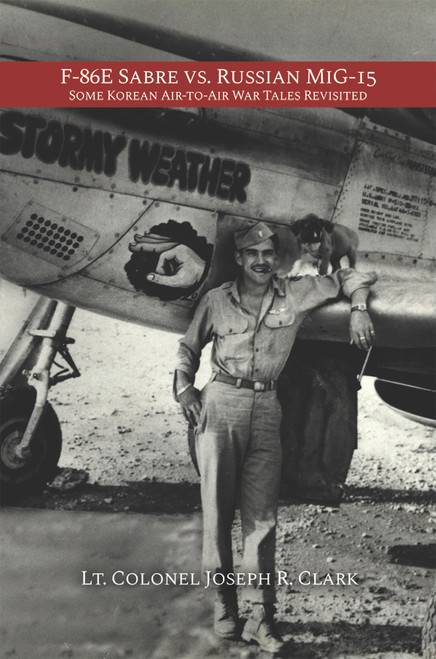 Since the Korean War ended in 1953, several books and articles have been published about the air-to-air battles between the American F-86s and Russian MiGs in the skies over North Korea and China. Some parts of some of the stories that appear in those publications are true, but many of them contain fantasies, exaggerations, and lies that are both preposterous and demeaning to the Air Force. Unfortunately, much of what survives in the west as the history of those epic air battles is found in those partially flawed publications.

Lt. Colonel Joseph R. Clark was able to know the truth of what was going on as he spent a year observing the scene as the Assistant Wing Deputy for Operations in the 51st Fighter Wing as well as an F-86 combat pilot fighting the MiGs. Although he has been retired from the Air Force for more than fifty years now, he still loves the establishment that was his life for twenty-five years and is vehemently offended by the lies that shed this fine organization in a negative light. He has waited for almost 65 years for someone who knows, and can write to identify the malefactors and set the record straight. His long wait was in vain, so at the age of 94, he decided to undertake the task. As things now stand, a sickening number of outrageous lies comprise a portion of the accepted history of the fights between our Sabres and the MiGs in the Korean air-to-air war and must be challenged.