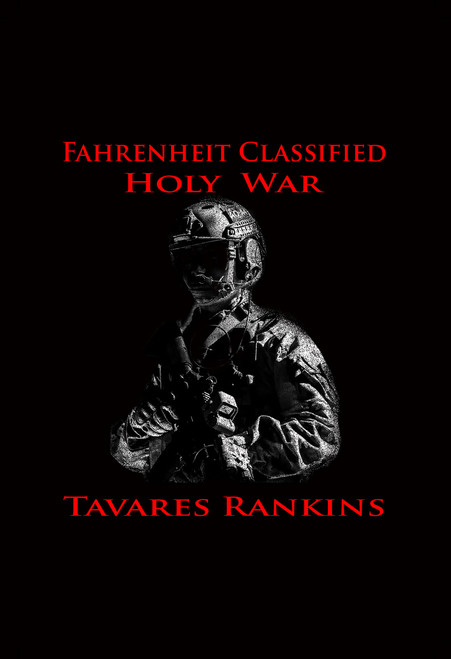 As the World would witness a series of terrorists attacks on U.S. soil- the U.S. President, no longer having six of the deadliest Navy SEALs at his disposal, would rely on a strike team comprised of both Delta Force and J.A.S.O.C. Soldiers, on a mission to capture or kill a blind Egyptian Cleric known as the Blind Sheikh!

During mission Fahrenheit Classified: Resurrection-sixteen U.S. Special Forces Soldiers are sent to foreign lands in an attempt to capture the Sheikh, as the Sheikh is attempting to resurrect global terror. But things go horribly wrong for the Strike Team as they have complications entering foreign territory. The Sheikh successfully reassembles the Al-Qaida network, the Taliban and I.S.I.S; giving birth to a terror network he names the Fifth Battalion Liberation Army: he succeeds in executing “the Day of Terror” plot. A terror attack against America that becomes America’s darkest day in history! A terror attack resulting in America’s largest death toll ever! The President, no longer having six of the deadliest Navy SEALs at his side, and not knowing the fate of the Strike Team, would soon learn of three highly trained teenage offspring of the legendary Team Hellswindstaff--hidden deep in the Guatemalan jungle.

Fahrenheit Classified: Holy War begins, where Fahrenheit Classified: Resurrection ends! Join the U.S. President in a continued effort to stop a blind Egyptian Cleric--a Cleric whom has concocted a secret chemical weapon to be used against the U.S which if successful, will be the end of the United States forever...A Cleric waging a Holy War against the United States! The saga continues...

Author Tavares Rankins chose not to reveal any information regarding his personal life or background. Rankins would like to thank Dorrance Publishing, RoseDog Books and all the supporters of the Fahrenheit Series.

Jimmy Thomas: Don't Back Down