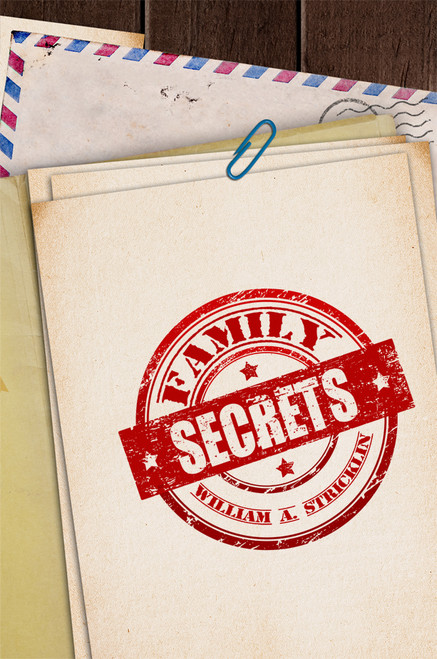 Family Secrets discloses the darkest secrets over a thousand years. This nonfiction book is evidence that the writer’s family may be firmly founded on the five strong pillars of murder, betrayal, greed, lust, and incest and has far more than its fair share of family secrets.

Research over half a century has created this book not to be put down: a pregnant nun; the secret library in the Strickland Manor where Catherine Parr, Queen of England and Henry VIII’s sixth wife, locked prohibited books away from the castle in order to keep her head from being chopped off; regicide of a boy king by his stepmother; a hunting trip in which Stricklin’s forebear puts a hunting javelin between the shoulder blades of his best friend… then hastily married his gorgeous wife fourteen days later; a ménage during a coronation dinner including a new bride and new mother-in-law; abduction of Stricklin’s two-day-old maternal great-grandmother during a Comanche raid and the saga of her escape from slavery; and the murder trial of Katie Stricklin who used arsenic to poison her family.

William A. Stricklin is a Phi Beta Kappa scholar who earned his BA with honors at the University of California, Berkeley, followed by a JD degree at Harvard Law School and cloak-and-dagger training at Fort Holabird US Army Counterintelligence School learning Cold War spy-craft. Recuperating from his bicycle accident in the summer of 1948 on his maternal grandmother’s screen porch led to her disclosure that she hid under the floorboards of her childhood home while her mother was scalped and killed in the DeKalb Indian Raid of June 9, 1900. This triggered seventy years of research and Stricklin’s thirty books. Enjoy Family Secrets.