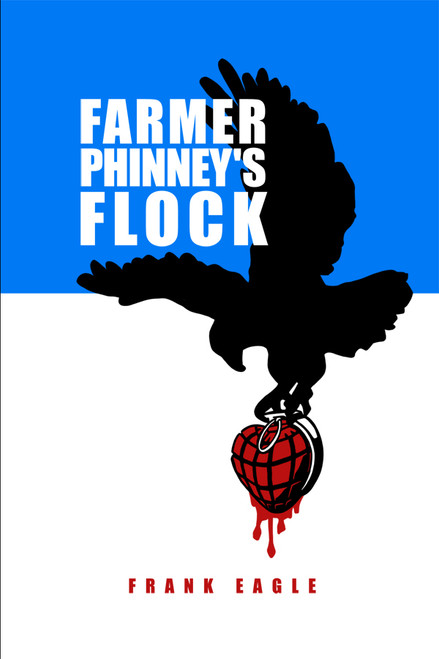 Farmer Phinneys Flock is a fast-paced search for the meaning of life in 21st century America.

Faced with the unpleasant notion of his impending divorce, the narrator looks back on the key moments of his marriage. From this perspective he shares his reasons for reluctantly joining the military at the height of the Global War on Terror, his frustration at having surrendered all control of his own destiny, and his hasty proposal to his girlfriend as an (ultimately futile) attempt to re-assert some semblance of control.

Through these chapters, he is forced to confront the rampant absurd hypocrisy of the U.S. war machine, as well as marital infidelity, forgiveness, and fatherhood. His overriding difficulty through the years is the apparent lack of any real purpose in his life.

But, with the help of a combat buddy who encourages him to simply embrace the adventure, he ultimately discovers a philosophical framework that he is able to accept.

Frank Eagle lives with his son in Pennsylvania. His tour of duty in Iraq remains a defining experience in his life. He continues to feed his soul by writing and attending baseball games.