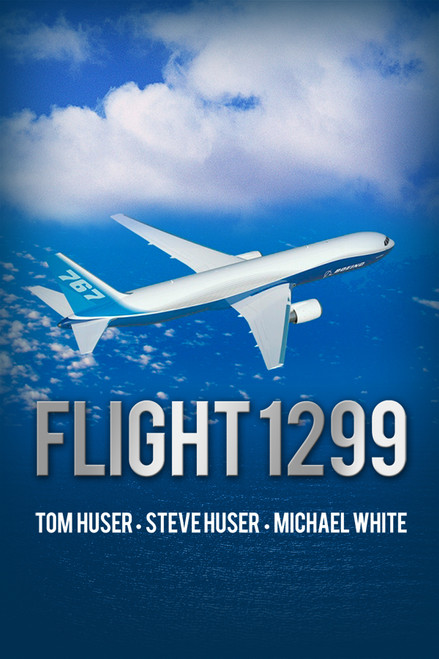 When two ISIS-inspired terrorists attempt to commandeer Freedom Air Flight 1299, the crew is left with a terrifying dilemma. It is the ultimate in mixed emotions. The attempt has been thwarted, but the first officer is dead and the captain is unconscious. The net result is a Boeing 767 flying at 36,000 feet at 525 miles per hour over the Pacific Ocean with no pilot.

Because the flight takes place on December 7, is destined for Hawaii, and because a huge event is scheduled at Pearl Harbor with Japanese and American dignitaries present, what begins as a crisis in isolation on board an airliner becomes an international incident.

Flight 1299 is a Christian thriller. As the suspense intensifies, the book documents dramatically how ordinary people can rise to extraordinary heights when they follow their faith.

Tom Huser is a retired Presbyterian minister who lives in Kerrville, Texas. He is the author of three books: Kansas, Choices, and Duelling with the Devil.

Michael White also lives in Kerrville, Texas. Michael served as an instructor pilot in the United States Air Force. He is currently a Boeing 767 Captain with a major airline.

The creation of Flight 1299 was a true partnership. Steve was the duo’s idea man. The story was his idea, and he also contributed extensively to the plot development.

Michael began as their technical advisor. He is the only one of them with hands on knowledge in flying the Boeing 767 aircraft. He flies them regularly on long international flights. Michael emerged from their partnership experience as a sensitive literary critic.

In short, none of them could have produced the book without the input and support of the other two. That is partnership at its best.