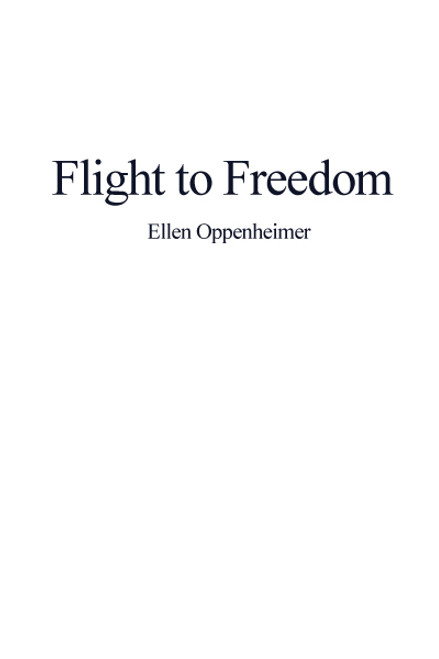 Flight to Freedom
by Ellen Oppenheimer

Flight to Freedom is the story of author Ellen Oppenheimers familys escape from the Nazis starting in Germany, 1933. They settled in Paris. When war was declared they left Paris and followed the same route that was shown in the film Casablanca. They traveled from Paris to Marseille to Oran to Casablanca, then to the United States on a slow Portuguese boat landing in Staten Island in 1942.

Ellen Oppenheimer lives in Massachusetts with her husband of sixty-two years. They have three children together.