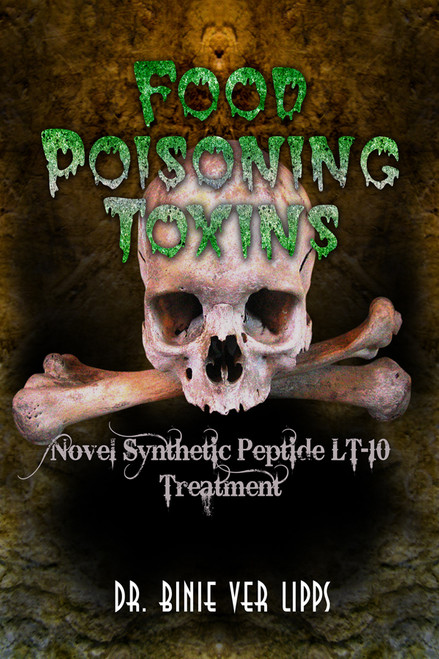 We have discovered a synthetic peptide LT-10 for having a property of neutralizing toxins derived from animal, bacteria, and plant. We have further proved that LT-10 lowers the concentration of IgE, which is responsible for several disorders including food poisoning. Therefore, LT-10 is proposed for the treatment of food poisoning after FDA approval.

Dr. Binie Ver Lipps attended St. Xavier College in Mumbai, India where she received her B.Sc. degree in microbiology. She joined the Haffkine Institute and received her M.Sc. and Ph.D. in virology in 1965. In 1965, Binie received the Dr. Khanolkars Prize for the Best Publication for the Year. In 1991, Binie with her physicist husband, Frederick Lipps, founded a small biotechnology company, Ophidia Products, Inc. (www.ophidia.com), where they obtained the freedom for carrying out research. As a result, they jointly were awarded ten U.S. patents. Dr. Lipps has been an invited speaker and participant at numerous conferences and has published several books.

Extra Innings: A Novel Based on the Life of Jack "Lucky" Lohrke

Followship: The Road to Real Discipleship

Flashlight Frights: Fireside Tales to Tell in the Night