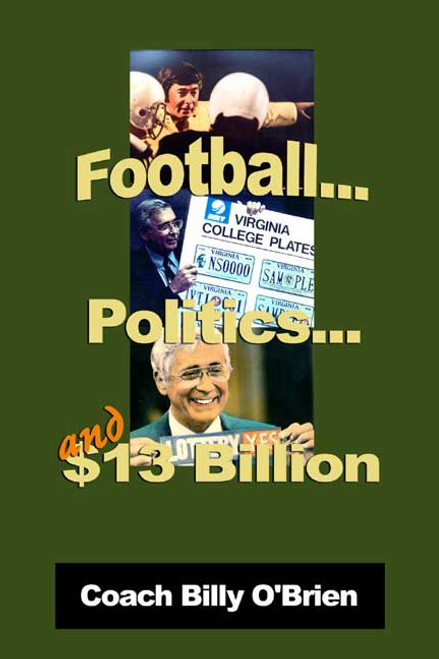 by Coach Billy O'Brien Why was Coach Billy O'Brien fighting so hard to bring the lottery to Virginia in 1984? After leaving the Marine Corps as a fist lieutenant in 1954, he became a teacher for the "enormous" yearly salary of $2,900. It was his dream to teach and coach, but he just couldnt make ends meet. He wanted teachers salaries to reflect their value to Virginia and the country. His opposition: church groups, the current governor, former governors, and the conservative southwestern part of the state. His only hope: a state referendum to let the people decide. His strategy: a letter-writing campaign to every newspaper in Virginia. In his letters, he stated he believed that ordinary people could express good judgment on matters of moral concern, and not allowing this is elitist. The debate began in earnest. Yes, the tide was turning, but at what cost? And what would it take for Coach Billy O'Brien to realize his objective? (2005, paperback, 160 pages) Availability: Usually ships in 2-3 business days.
×

Footprints on My Heart