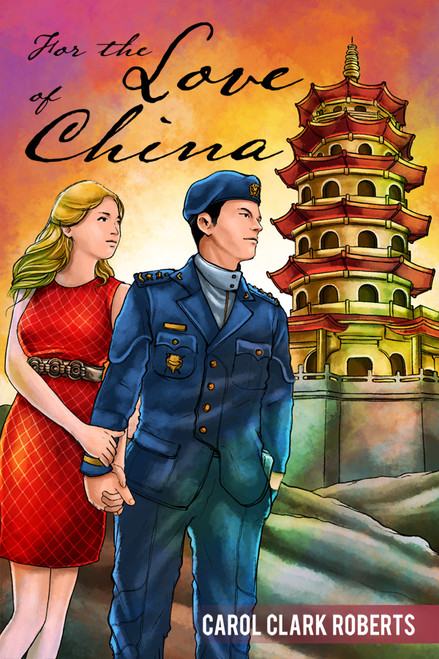 For the Love of China
by Carol Roberts

In 2191 China controls the world's energy through a secret source in Tibet, ruled by an emperor turning insane. He intends, as his legacy, to replace the Great Wall with a much bigger one circling the surrounding countries. This leads to a rebel group called the Children of China who see his plans as bankrupting the world. He has also gathered a hundred beautiful women from whom to choose an empress to produce an heir to continue his dynasty. Among them is Helen Coggins, an American, with her official escort, a Chinese lieutenant named Kong SaMi. Their journey together as they join the rebels involves murder, kidnapping, and danger, as well as love, friendship with the illegitimate son of the emperor, and a mysterious "Scholar" who holds the key to their ultimate success.

Carol Clark Roberts has spent a lifetime loving China, from her first year when her parents and grandparents served as missionaries in a country occupied by the Japanese, overrun by bandits, and caught in a brutal civil war. Forced to flee by a Communist takeover, she was unable to return until China was again opened to the Western world in the 1980s. She has read extensively on China, spent thousands of hours on research for other projects on China, and returned ten times to the country of her first memories. All of these experiences are channeled into For the Love of China, her first novel. She lives in Santa Cruz, California.

Folktales of Love from China