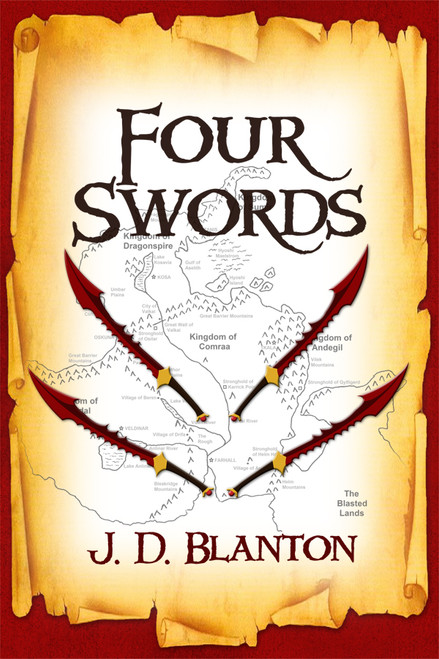 Sherman John Cooper lives a comfortable, normal life with his wife and son, but one day, as John is driving home from work, everything changes. Suddenly, he vanishes and finds himself in a strange, new world full of magic, danger, and possibilities. Summoned by the Twelve, the Goddesses of his new home, John learns that he has a great legacy to fulfill and will never see his family again. As John meets the Elves  including his new wife Kara  and battles the Orcs, he must also come to terms with losing his family and rethink everything he ever believed about magic.

Readers who are interested in high-action fantasy novels will enjoy Four Swords.

J. D. Blanton grew up reading fantasy novels, including The Hobbit, The Lord of the Rings, and Urshurak. He was also an active member of a group that played role playing games, such as Dungeons and Dragons, GURPS, and Pathfinder. In his adolescence, he traveled the country as his family moved from state to state, which gave him a unique perspective on geography and people. He had lived in eleven cities in six states by the time he graduated from high school, and another five cities by the time he settled down. Blanton now lives in South Texas with his wife and three children.