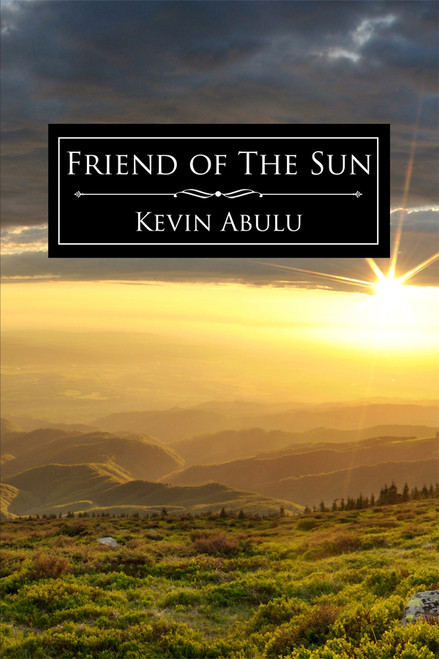 This is the first book of a trilogy.

Some people pray daily to God and ask that His will be done on Earth, as it is in Heaven. Really? Are we prepared for that? Are we prepared to live eternally? Are we prepared for Immortality? Are we prepared to live without hunger, without thirst, without pain and sickness, and without the fear of homelessness or fear of death? Tell me; are we worthy of being angels? No, my brethrens. Isoseki Uroba, Son of the Land, as well as Son of the Sky, grew up in the savannah plains of Northern Nigeria in the early sixties. As a boy, he instinctively courted Light, himself being singularly attuned to Time. This was just before the Biafra war, the Nigerian civil war that tore at the foundation of a country just a handful of years after its independence in 1960.

Consequently, knowing more about himself after his Illumination, and being aware of his true origin, Isoseki felt that he must also chase Darkness back to its roots and dump it inside the void of Time, if only for the sake of Humanity. For this, he must go back Home to the Sky his place of origin, which was paradoxically a place he had never been before. His worry now was WHAT would he find at Home? WHO was at Home?

Kevin Abulu was born in the early sixties in Nigeria. He studied first Journalism, and then Theatre Arts in Nigerian universities from 1981 to 1988. Unable to work as a political journalist in a military dictatorship (Nigeria was then continually being ruled by successive Army Generals), he left for Europe in 1990. For the next decade he lived and travelled in France, Germany, Holland, Belgium and Nigeria. In 2002, he left for the United States and lived in Miami for more than a year before returning to Europe in 2003. Since then he has lived most of the time in Bordeaux, France and continue to travel between Africa and Europe. It is not for nothing that those who know the author from childhood still call him Nomadic Kevin, despite the fact that he has not yet travelled to the East.

Can Brothers Be Friends? - eBook

God Saw It Was Good