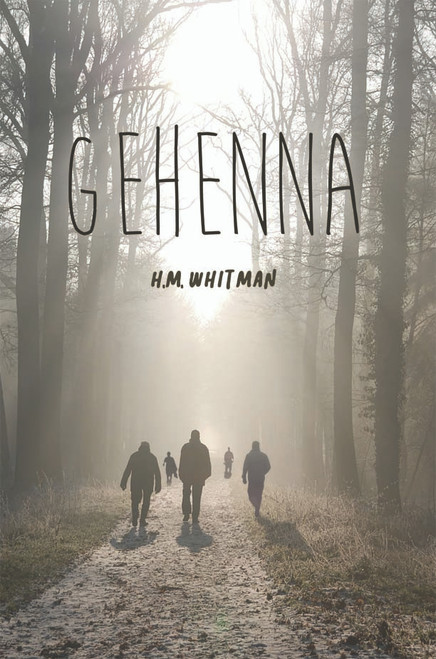 There is a legend of four slides on Ezra Island, an island that sits a few miles off the shore of Lake Superior. According to legend, these slides ascend into the sky so high you are not able to see where the tops lie from the ground. What the slides each represent is unclear. A Person chooses a slide not knowing what they have chosen or where it may lead and won’t know until they reach the bottom. When a person begins the climb on the massive structure, the stairs under them disappear and there will be no changing one’s mind once they begin the climb.

Gehenna will reveal the slides at its whim and for reasons that may be unknown to the chosen. It is said that no one has ever returned after entering this strange realm.  There have been many missing person cases from the Island. Non-believers and realists will claim it has been reckless swimmers who have succumbed to drowning. As the saying goes, “Lake Superior never gives up her dead.”

This story will capture five young people finding one another, their troubled pasts, the impact it has had on all of them, and the journey they will embark on together.

H.M. Whitman comes from a small town in the Upper Peninsula of Michigan. She has always enjoyed books and movies that would be considered ‘thrillers’. Preferring a suspenseful mystery over a love story any day. A goal in her life has always been to write a fictional thriller herself. Something that brings you into the story in a way that you feel as though you are enduring and living the events that the characters themselves are. Gehenna does just that.

Whitman also enjoys being on the water in any fashion from swimming to kayaking or just lying on a beach. She enjoys travel and experiencing new things as much as possible.

Reading and Speaking English by Sound

Hunter and Brie... And The Virus You Can’t See

What Are the Odds