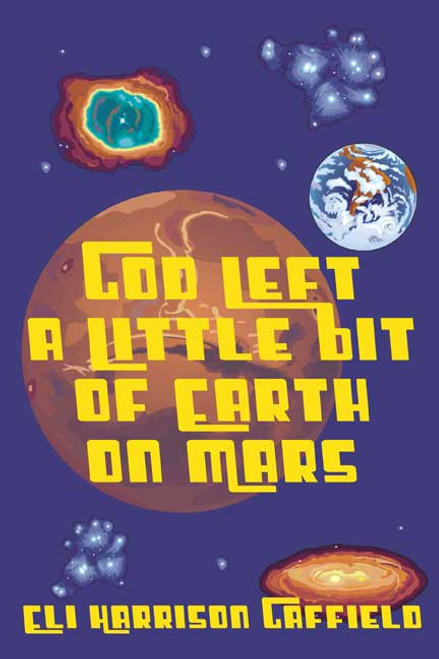 by Eli Harrison Gaffield This book is about how human and alien get along in the year 2025 on Mars. One of my main characters is Wade, who really doesn't have a job but lives off his very rich parents. He meets a girl by the name of Laura, and they go to Mars, where Wade's parents own a hotel in one of the largest domes on Mars. It's thirty miles in diameter. They are told there is valuable ore underneath the hotel. Wade and Laura find a way to get down in the large caverns, where they meet Yathzee, a small alien living underneath Mars, and he takes Wade and Laura on an adventure you'll never forget. ABOUT THE AUTHOR I was born on March 8, 1942, in Washington, D.C.. I wasn't born alone; I have a twin brother, who was born ten minutes after me. I lived in the D.C. area until I was fourteen and then, I moved to the suburbs of Marlow Heights. I graduated in 1960 from Suitland High School. I served in the Navy for three years and left with an honorable discharge in 1963. I was then in the government for two years and became a hairstylist. I owned a beauty shop in Marlow Heights with my mother for seventeen years, and then I went back in the government service from 1986 until 1991 when I left on disability from cancer. I have been retired since, and I live in Bowie, Maryland. (2006, paperback, 72 pages) Availability: Usually ships in 2-3 business days.
×

My Grandma is a Little Bit Lost

Going Down the Road Feeling Glad